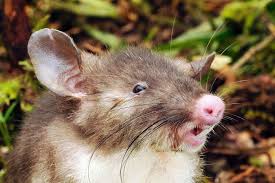 Sydney, Oct 6 (IANS) Researchers have discovered a hog-nosed rat in a remote, high-altitude jungle in Sulawesi, Indonesia. The 250-gram animal is so unique that it also represents a new genus, The Age newspaper reported on Tuesday.

The discovery team from Museum Victoria in Australia, Indonesia’s Museum Zoologicum Bogoriense and the Louisiana State University Museum of Natural Science, US, has given the rat the scientific name: Hyorhinomys stuempkei.

“It was exciting as I knew immediately that we had a new species,” Rowe was quoted as saying.

“I am still amazed that we can walk into a forest and find a new species of mammal that is so obviously different from any species, or even genus, that has ever been documented by science,” he added.

The scientists caught the five specimens in overnight traps in the jungles and are yet to observe the live animal.

The specimens have long hind limbs similar to a bandicoot, suggesting it might hop, and long pubic hair — not seen in rats but featured on an Australian hopping mammal, the potoroo.

The mouth is very small and suggests that the carnivorous rat ‘slurps’ its food and feeds on earthworms, beetle larvae and other invertebrates.

“It looks like it is whistling all the time,” Rowe said.

The rat, described for the first time in the Journal of Mammalogy, has a unique anatomy of about 40-45 centimetres and its genetic testing confirmed it was also a new genus.