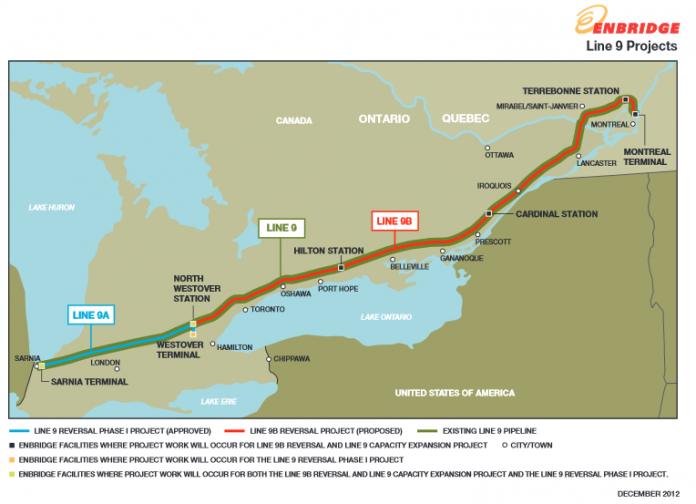 CALGARY: The National Energy Board says Enbridge’s Line 9 pipeline must undergo tests before it’s allowed to start up.

The federal watchdog is requiring hydrostatic testing along three densely populated segments of the line _ two in Ontario and one in Quebec.

The test involves filling the line with water at much higher than its usual operating pressure to ensure the pipe is strong enough and won’t leak.

Enbridge (TSX:ENB) completed work last fall to reverse the flow of Line 9 so that western crude can be shipped from southern Ontario to refineries in Quebec.

But the NEB has not given the company permission to start the pipeline up yet; last October, the regulator raised concerns about the placement of shut-off valves in relation to water crossings.

Two Quebec refiners _ Suncor (TSX:SU) and Valero _ have recently written to the NEB asking why Line 9 has not been allowed to start up yet.

McDonald’s Canada has no plans for all day breakfast after American...