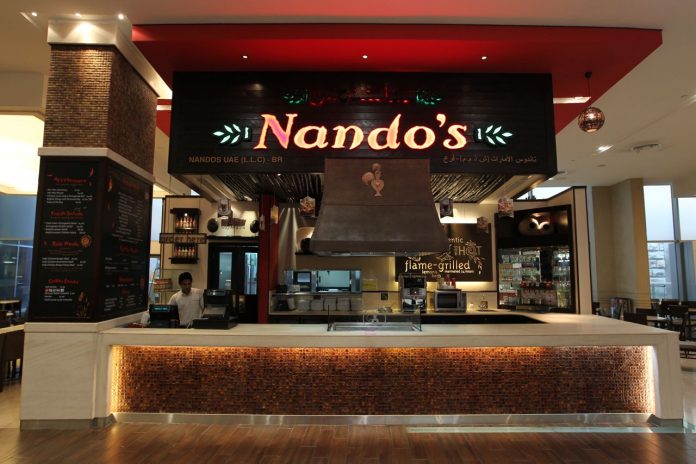 “Globally Nando’s has decided to set up its own outlets instead of the franchisee model in Britain, US, South Africa, Australia and India. In India currently the business model is a mix of company/franchisee/joint venture-owned outlets,” Nando’s India Services Pvt Ltd CEO Sumeet Yadav told IANS here.

According to Yadav, the company has signed franchisee agreements for Punjab and Chennai and holds 26 percent stake in a joint venture outfit that takes care of Delhi region.

“There will be no change in the franchisee agreement in Chennai and in our joint venture in Delhi. Barring Chennai and Delhi, Nando’s India will set up outlets on its own,” he said.

Yadav said the plan is to take the number of outlets to 20 by the end of 2016 from the current eight.

“We will be opening two more outlets in Chennai and Bangalore and four in Delhi. By the end of March 2016 we plan to have 14 Nando’s outlets and six more would be added by the end of next year,” he said, adding a bulk of the new outlets would come up in malls and very few on the “High Streets”.

The average bill size in a mall will be around Rs.1,200 whereas at standalone outlets, it will be higher by 20 percent, he said.

According to him, each Nando’s outlet would require an investment of around $1 million and the payback period is three and a half years.

A senior official of a quick service restaurant chain told IANS that the business has taken a hit during the past three months for the sector as a whole. He said the consumer food services industry in India is estimated at around $96 billion and is logging 12 percent growth. Out of this the full services restaurant industry size is around $54 billion and QSR accounts for $15 billion.

Queried about the impact on the business for Nando’s new outlet at Cathedral Road here, Yadav said: “Only last month the business was dull as many had gone on vacation and colleges were closed. The outlet is surrounded localities where very rich people live. Ours is a casual dining outlet and not a QSR.”

Disagreeing with the view that dishes are priced at a higher plane, he said: “Nando’s outlets are not comparable with other fried chicken joints though we also sell chicken dishes. Ours is a casual dining restaurant. Further our chicken pieces including the wings are big whereas other outlets would cut the same into three pieces.”

Nando’s will also start retailing its special sauces in bottles while the takeaway service that was started recently accounts for one percent of the total sales.

With vegetarians in India accounting for major numbers in the population and have an influence on choice of dining outlet in the case of family/group dining, Nando’s has now expanded its vegetarian offerings.

“We have separate grills and utensils for cooking vegetarian dishes,” Yadav said.