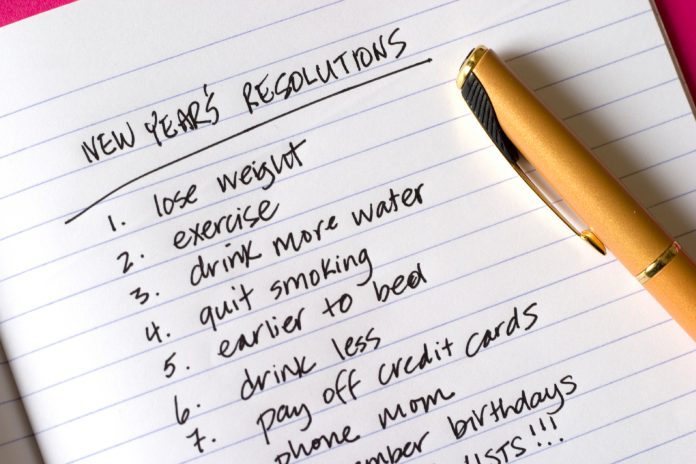 Good resolutions are simply checks that men draw on a bank where they have no account. – Oscar Wilde

With the year 2015 fading into memory, except for our appointment with the Canadian Revenue Agency we generally have a few moments reflection on what we did and didn’t accomplish in the previous twelve months and what we want to have done by this time next year.

It’s a particularly important tool for exercise clubs and weight loss programs (and the economy) as the cash registers ring with the good (and truly intended) intentions of people to do better for and by themselves. But wait a month and you’ll find easy parking at the health club, and the clearing aisles of the health food store.

And I’m right there with you – not standing aside proclaiming holier than thou – j’accuse! Nope. I’ve made and violated my fair share of resolutions to the point where I’m temped to avoid making them at this time of year. Alas, I cave in like most and make a few anyway. Occasionally I get a few right and wow! I’m back in the resolution game again (kind of like golf where, just before you throw your clubs into the pond, you sink that chip-shot or impossible putt and reacquire the illusion that you can do this!)

And now the serious part:   My secret to the successful resolution of resolutions is to wait until the Christmas/year end festivities are finished, and then make the resolution (sometime around January 17th). I make achievable goals, write each of them down and post them somewhere visible (fridge door) where I am constantly aware of what I have committed to do.

When you transgress, don’t wallow in despair and say ‘well that’s it until next year!’ Just carry on and relegate the slip to just another pot-hole in the road of good intentions. Don’t allow it to become the pavement itself! As Mark Twain said: “New Year’s Day: Now is the accepted time to make your regular annual good resolutions. Next week you can begin paving hell with them as usual.”

So I’m going to lose my 100 pounds, not as one specific goal, but as the end result of the reset of my goal to lose ten pounds, followed by another goal to lose ten pounds, and so on. We are capable of fooling ourselves into our weight, fitness, tidiness or whatever problems with unrealistic and unachievable illusions, why not turn the tables on ourselves and sneak up on it a bit at a time?

And on that note, I’ll ring in 2016 with a few wise words of others, starting with that old Roman philosopher, Anonymous:

Nia Vardalos (Star of My Big Fat Greek Wedding): My new year resolution usually starts with the desire to lose somewhere between ten and three-thousand pounds.

Yogi Berra (ever the optimist): The future ain’t what it used to be!

So I’ll leave you with my own wishes for you to have a Happy New Year. 2016 is a book with blank pages. Be more careful or creative about what you write in it. And if that’s not enough wisdom for one column, I’ll leave the parting shot to actress Joey Adams: May all your troubles last as long as your new year resolutions.

Human Trafficking: does it exist in modern world and in Canada?...