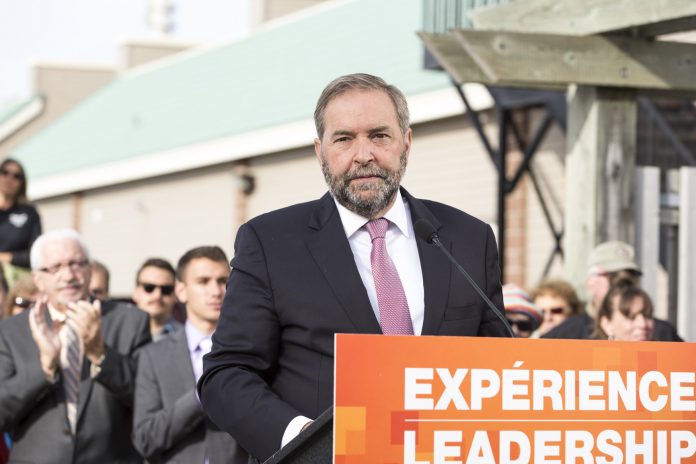 OTTAWA: Anticipation of Thursday’s televised French debate is looming large on the campaign trail today, with the parties jostling for position in advance of the showdown that will likely put NDP Leader Tom Mulcair in the crosshairs.

Mulcair is moving to pre-empt one line of attack that’s likely to be aimed at him: his refusal to demand that face coverings be banned during citizenship ceremonies.

With the first televised French debate on Thursday, the NDP leader is clarifying his position and urging Quebecers not to give in to the politics of fear, division and exclusion.

Quebec is the NDP’s electoral fortress but it also the province in which public opinion polls suggest banning the niqab is most popular.

And that makes it inevitable that the issue will be raised during the debate.

Bloc Quebecois Leader Gilles Duceppe, attempting to steal back seats the Bloc lost to the NDP in 2011, has already gone hard after Mulcair’s support for the niqab.

Richmond Police found a body of male at Fraserwood Way