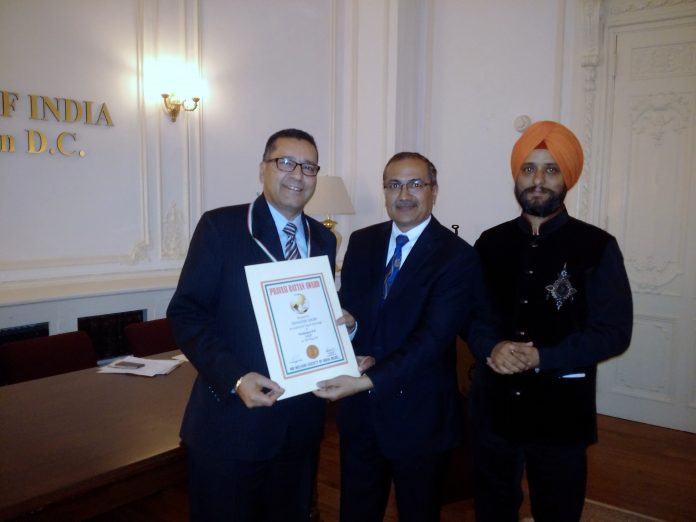 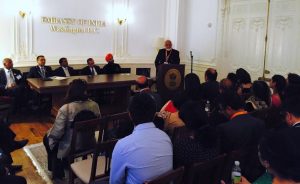 Washington DC: Devinder Shory, Member of Parliament for Calgary Northeast was awarded the NRI Pravasi Rattan Award during the Non-Resident Indian (NRI) Welfare Society’s Global Achievers Conclave on May 13, 2015. The award ceremony was held at the Indian Embassy in Washington, DC and the award was presented by N.K. Mishra, Indian Minister of Personnel & Community Affairs and the Global Achievers Conclave Convenor Mr. Deepak Singh.

“To be honoured with other distinguished NRIs, who are making lasting contributions in the fields of business, medicine, law, academia and government all over the world, reinforces my desire to keep contributing to the community and to continue to represent the hard working constituents of Calgary Northeast in the House of Commons.”

The NRI Welfare Society acts as a bridge between the Indian diaspora and the Ministry of Overseas Indian Affairs. Each year the Society hosts a conclave to honour the successes and contributions of distinguished NRIs. Past award ceremonies have been held in different locations around the world, including in the British House of Lords.

Ford F-150 Raptor is the ultimate factory off roader!