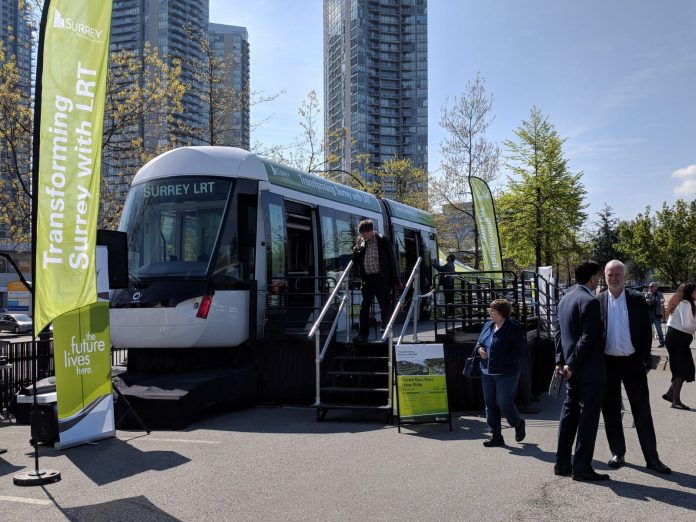 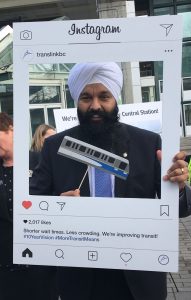 Surrey: One of the largest investments towards federal infrastructure in B.C. was recently made in the $7.1 billion deal to fund TransLink’s 10-Year Transportation Investment Plan. With the federal government’s initial commitment of $2 billion, and with the agreement between local governments and the government of B.C. in funding Phase Two of the Plan, this deal can be recognized as a historic infrastructure investment for B.C.

MP Randeep Sarai believes a significant portion of this transit investment is directed at improving transportation in Surrey as TransLink acknowledges the city’s current demands and prepares for its future growth. Although the proposed projects are a big win for all British Columbians, here are the highlights of Phase Two which are beneficial to Surrey residents: 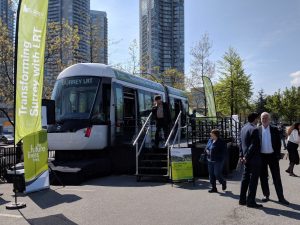 As many of the transit projects and upgrades will operate through MP Sarai’s Surrey Centre riding, he is able to confidently tell constituents that his government has kept their 2015 federal election promise and are committed to providing significant transit investment and infrastructure spending. If further approvals run smoothly, there is potential for these services and upgrades to begin as early as next year.

For more information about infrastructure plans in Surrey, MP Sarai welcomes you to visit his office to speak to him directly. You can also attend a public gathering near you to discuss the Phase Two Plan or take TransLink’s online survey to have your say by visiting: https://tenyearvision.translink.ca/get-involved.