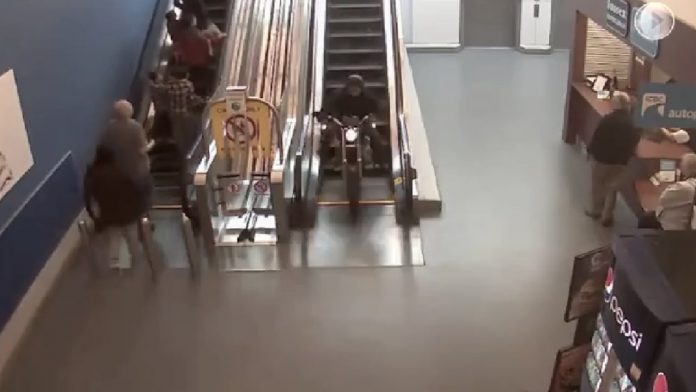 Surrey: The owner of a motorcycle has been fined about $13,500 after the vehicle failed to stop for police as it was driven down an escalator at Guildford mall.

Mounties in Surrey seized the bike captured in a Feb. 20 video and say they’re holding it pending the outcome of a civil forfeiture hearing, though they can’t positively identify the driver.

Police say registered owners are responsible for their vehicles at all times and can choose to provide officers with information about who was driving during an offence.

Mounties say owners who don’t co-operate can be charged with the offence under the Motor Vehicles Act.

Police say the 58 traffic violations that led to the fine included speeding, disobeying a red light and driving without insurance.

The video of the chase went viral and shows the motorcyclist speeding through streets, hurtling down a mall escalator, through a set of sliding doors and across a pedestrian overpass.