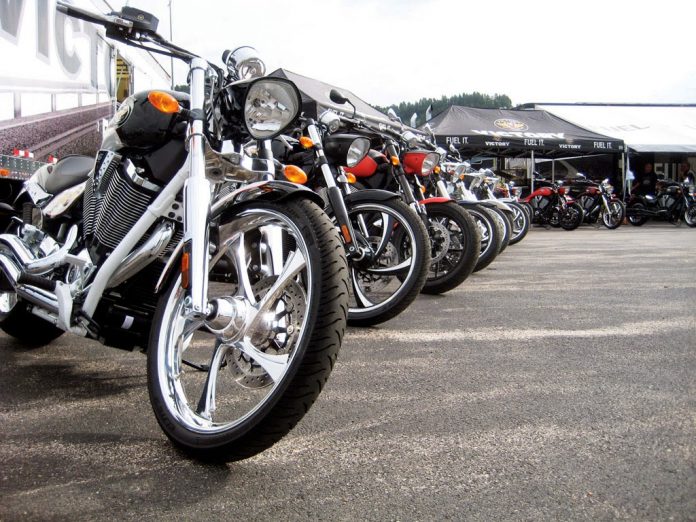 TORONTO: Canada’s motorcycle industry is facing headwinds from the low loonie as the sector gears up for an annual round of trade shows early in the new year.

“If it’s at par, it’s good for the Canadian importer. But where it is now, you need to try to find every advantage you can,” says Bob Ramsay, president of the Toronto-based Motorcycle & Moped Industry Council.

Canada’s dollar has fallen to 11-year lows this month, largely because of persistently weak oil prices, slow global economic growth and the comparative strength of the U.S. dollar against other currencies.

“You’re going to see a very interesting market in the new year because all companies are going to be trying to ensure that they can compete on price, but also on the quality of products.”

Anoop Prakash, who heads the new subsidiary, says Wisconsin-based Harley-Davidson can use its global reach and currency hedging to offset the loonie’s increasingly weak buying power _ something its former distributor couldn’t do.

“The last couple of years, the pricing has really been driven by the currency,” Prakash says. “With the start of the 2016 model year, when we took over in August, we did adjust pricing to be more competitive.”

He says new riders generally begin with smaller, less expensive models that they can handle physically and financially and then move up over time – a key to Harley-Davidson’s strategy.

“With the new pricing and the new model year, we’ve really pivoted towards attainability,” Prakash says.

“So we have seven motorcycle models today under $13,000 and we’re starting at $8,000. I think that demonstrates a great amount of accessibility to new riders and young riders wanting to grow the sport.”

Ramsay says the Canadian industry has been successfully adapting to the 2008-09 recession, the more recent downturn in Western Canada and changing demographics.

“For many, many years, the motorcycle industry was doing very, very well based on the baby boomers and them having more disposable income,” Ramsay says.

“Now that the baby boomers are almost halfway through their retirement phases, that market is still strong but we need to expand and grow the market across all segments of the population.”

He says women, traditionally a very small segment of the motorcycle community, now account for 12 to 15 per cent of all new buyers for motorcycles, mopeds and the like.

Similarly, so-called millennials now in their 20s and 30s and “diverse” ethnic groups have been growing segments of the motorcycle industry’s customer base, he says.

“We’re trying to reach out and find ways to encourage them to get on a motorcycle or a scooter, rather than an automobile,” Ramsay says.

Prakash says motorcycles provide a “great avenue for self expression” and for meeting like-minded people.

“And if you look at urban young adults, including women, it’s a little bit about mobility and being able to explore things on your own terms,” Prakash says.

The Motorcycle & Moped Industry Council has seven shows scheduled across Canada in January and February.