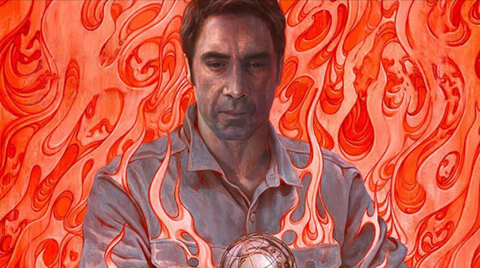 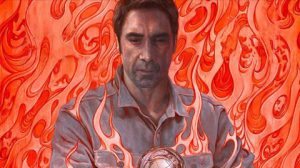 Just how do you rate a movie with no name for its characters. Perhaps this smarter than though technique was prompted by a play. Indeed, it takes controversial ins some quarters director Darren Aronofsky to again go for me gusto and the extreme and to fully push the limits in Mother! Forget about any niceness here. This go for the jugular thriller from Paramount Pictures is perfect prime time terror. Squirm in your seats at Cineplex Cinemas throughout B.C, if you dare take the plunge to see this A-1 effort.

All is not well in paradise. Here we watch a mature couple, known as Mother and him try to cope with the usual problems associated with a house move. Sweet and Innocent Jennifer Hudson doesn’t even seem to break a sweat when her husband allows a few stranded strangers to take refuge in their newly renovated out in the middle of nowhere idyllically set home. Idyllically set for danger. James Bond villain Javier Bardem puts his criminal ways aside to play a Mild-mannered poet.

Home alone is good for some and would have been the right choice for this pair. Slowly. But surely things spiral out of control when they invite two strangers to bed down in their once upon a time comfortable home. Here the casting is perfect as likeable Ed Harris (Just Cause) and Michelle Pfeiffer (Batman Returns) raise the temperatures considerably as they literally get under the skin of their somewhat reluctant “hosts”.

While the believability of a marriage between Harris and Pfeiffer seems possible if not plausible the same kind of chemistry and/or commitment between Hudson and Bardem seeks less likely, interested or appealing. Hudson’s youth, appearance and emotional outlook seem less believable here. Even Aronofsky seems to have gotten a bit off key as some strange twists and turns take place that even by his standards seem too bizarre.

If you like horror and enjoy being shocked the. This Mother! is truly one mother of a movie.