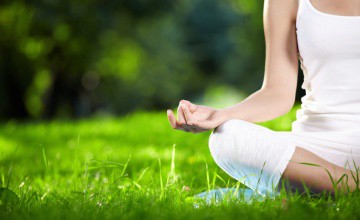 At the age of 65, females now spend around seven months more with moderate or severe disability and 2.5 years more with mild disability, the researchers found.

“The aim of research was to investigate how health expectancies at the age of 65 and above changed between 1991 and 2011 in Britain,” said lead researcher Carol Jagger from Newcastle University’s Institute of Ageing.

Meanwhile, overall men’s life expectancy increased by 4.5 years but they had only 1.3 years more with mild disability and there was no increase in the years spent with moderate or severe disability or mild or worse cognitive impairment.

Experts have shown that between 1991 and 2011, women’s life expectancy at age 65 increased by 3.6 years but they identified that the female body does not age as well as its mind.

For the study, a total of 7,635 people aged 65 and above were analysed in Newcastle, Cambridge and Nottingham.

The research team compared two rounds of the cognitive function and ageing study, done in England in 1991 and 2011.

Those aged 65 and above over a similar time period showed problems with vision and hearing did not account for increases in disability.

Stability in self-care activities, like cooking, and increases in mobility limitations, such as walking 200 yards and climbing stairs, may contribute to gains in mild disability.

“One possibility for the increased years women are living with mild disability might be the rise in obesity levels over the decades or more multiple diseases which are a feature of very old age,” Jagger said.

“It is also necessary for community care services and family carers who predominantly support those with mild to moderate disability to enable them to continue living independently,” the authors noted in a paper published in the journal The Lancet.

Yaadein: Remembering The Legends – A tribute to Jagjit Singh &...