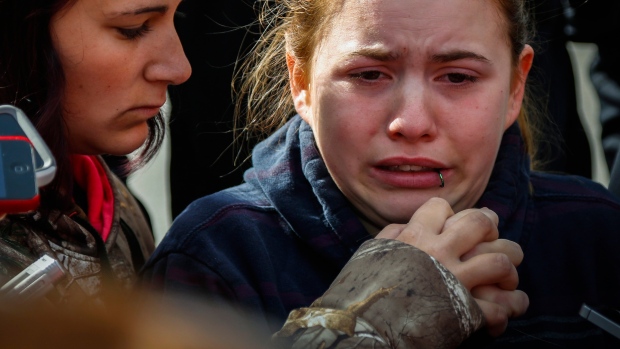 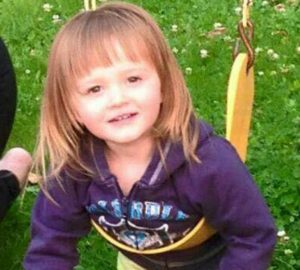 BLAIRMORE, Alberta: The mother of a two-year-old girl killed in southern Alberta broke down in tears after an old friend of hers was charged with first-degree murder in the case.

Cheyenne Dunbar said she has no idea why someone would want to harm her daughter, Hailey Dunbar-Blanchette.

“She was my baby,” Dunbar told reporters outside the Blairmore RCMP detachment Wednesday morning. “I don’t know why anybody would do this to her.”

The girl’s body was found Tuesday near Blairmore and her father’s body was discovered in a home in the town on Monday. Hailey was the subject of an Amber Alert that stretched across Western Canada and into the United States.

Blanchette and Dunbar were separated, but Dunbar, who lived in Blairmore but recently moved to Edmonton, said the two maintained a good relationship and both cared for the girl.

Dunbar, 20, said Saretzky, 22, was an old friend of hers, but they never dated as some reports have suggested. She said both she and police are baffled by the killings.

She said she hadn’t spoken to Saretzky in years and had forgotten about him.

Police have said Saretzky and Blanchette were acquaintances, but Dunbar didn’t know how they knew one another.

The case began to unfold early Monday morning when Hailey’s father was killed in his home and his daughter was taken away in a speeding white van.

An Amber Alert for Hailey was issued and a massive search ensued.

News that Hailey’s body had been found began to circulate Tuesday night at a candlelight vigil meant to lend hope in the search.

As an official with victims services announced the Amber Alert had been cancelled, one young woman crashed into a friend’s arms and sobbed. Others sniffed quietly and wiped away tears. Some just stood in stunned silence.

A group cocooned Hailey’s grandmother in an embrace.

Blanchette has been described by friends and family as a devoted single father.

He worked as a cook in a restaurant and had many criminal convictions between 2010 and 2012 for issues such as failing to appear in court, failing to stop his vehicle, evading police, minor theft and assault.

But after Hailey was born, there were no more court appearances. Blanchette’s Facebook posts switched from talk of court dates to pictures of him with his baby daughter.

A woman identified as Hailey’s maternal grandmother, Terry-Lynn Dunbar, posted a statement from the family on Facebook Wednesday, thanking people for their support.

“The Dunbar and Blanchette Families will be forever broken,” it read.

“I’m sure you have read all sorts of awful things on social media about our families as well as news broadcasts and radio programs, but just know this: Terry and Cheyenne loved their little girl more than anything in the world.”

Hailey’s mother said she will miss everything about her little girl.

“She was smart, beautiful, the greatest child ever,” she said. “I am going to miss her smile. The way she ran around saying mummy _ everything.”