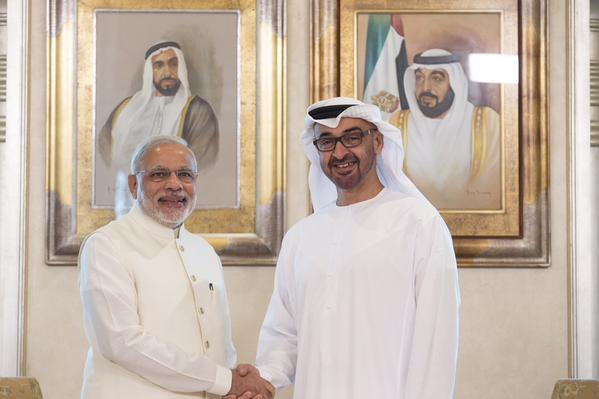 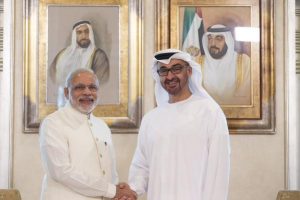 Abu Dhabi/Dubai, Aug 17 (IANS) Prime Minister Narendra Modi on Monday made a strong pitch for UAE investments in India, saying India has the potential of $1 trillion investments even as he vowed to address the concerns of businesspersons.

In the morning, Modi took a tour of Masdar City, a hub of clean technology, 17 km from Abu Dhabi.

Addressing a roundtable of businesspersons at Masdar, Modi said an immediate potential of $1 trillion worth of investment exists in India.

He said India now has a decisive government with full majority, and several sectors including insurance, railways, defence manufacturing have been opened up for foreign investment.

He touched upon renewable energy, port-led development and low-cost housing as other sectors with huge investment potential.

He said that though there are 700 flights between India and the UAE, it took 34 years for an Indian prime minister to visit.

“I promise this will not happen again,” he said.

Taking pot shots at the previous UPA regime, Modi said he has “some problems in legacy” and that some measures were stalled due to the “indecisiveness and lethargy” of past governments.

“It is my priority to kickstart those things,” Modi said.

Modi said he had been informed about some problems being faced by UAE businesspersons and added, “I want to assure we are solving these problems”.

He said he will send Indian Commerce Minister Nirmala Sitharaman to try and find solutions to the problems being faced by some UAE investors.

He said that “UAE’s power and India’s potential can make the dream of an Asian Century” a reality.

“It is now commonly believed that India is one of the fastest growing economies. There are several opportunities of development in India. The 125 crore people of India are not a market but they are a source of great strength,” he said.

He was accompanied on an hour-long visit of Masdar City by senior officials, who briefed him on various aspects of the project.

He travelled briefly on the PRT (Personnel Rapid Transit) car – a driver-less vehicle which runs from point to point on magnetic strips.

Modi also visited the Micro-Nano Fabrication Facility and the Microscopy Lab. He went on a brief walking tour of the city’s public spaces and was informed about the sustainable building methodology and key architectural elements.

‘Science is Life’, Modi wrote and digitally signed in the visitor’s book at Masdar City on day two of his visit to the UAE.

In the afternoon, he held talks with the Crown Prince, which extended over lunch.

The PMO tweeted: “A different city & an equally warm welcome. @HHShkMohd with PM @narendramodi in Dubai.”

In the evening, Modi addresses a grand public reception at Dubai Cricket Stadium where over 50,000 Indians have registered to hear the prime minister.

He flies home after the event.

On Sunday, Modi visited the Sheikh Zayed Grand Mosque in Abu Dhabi, the third largest in the world and also interacted with Indian workers.

On Sunday night, he discussed investment opportunities during a dinner hosted by the Abu Dhabi Investment Authority, that controls the $800 billion sovereign wealth fund of the oil-rich Gulf country.