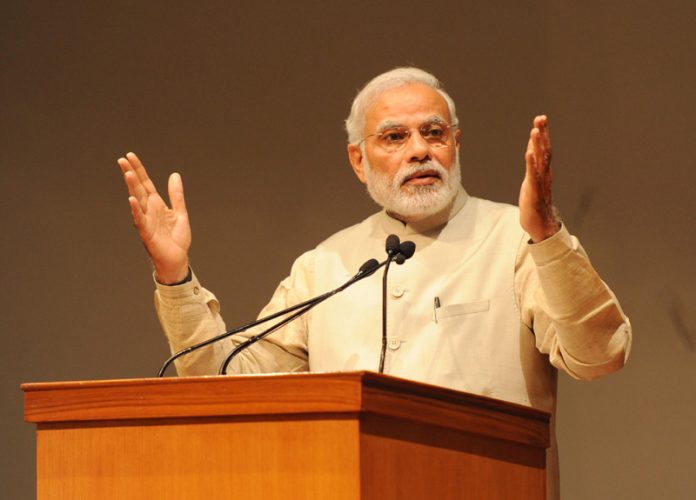 New Delhi, May 12 (IANS) Despite apprehensions raised by some BJP MPs about a proposed India-Pakistan cricket series, Prime Minister Narendra Modi is determined to break the ice with the neighbouring country through “cricket diplomacy”, informed sources here said.

“We have taken the decision to start a cricket series between both countries to improve our relations,” said Modi on Tuesday during a Bharatiya Janata Party (BJP) parliamentary party meeting, a BJP MP who was present told IANS on the condition of anonymity.

Soon after a resolution was adopted appreciating initiatives taken by the Modi government during its first year in office, Modi said some of the members have expressed concern against the series and that is why he was “clearing the air”, said the source.

Party lawmaker R.K. Singh, a former union home secretary, had raised apprehension over the issue in the Lok Sabha on Monday. Cricketer-turned-BJP MP Kirti Azad had also opposed the move.

According to the source, Modi also asked the MPs to present a report to the people on a year’s progress and works undertaken by the government in their respective constituencies.

The initiatives will help in ensuring social security of the poor and vulnerable sections of the society, he said.

The parliamentary party also commended Modi for his achievements during the past one year in office and a resolution was passed in this regard, the source said.

The resolution appreciated the prime minister’s efforts for enhancing India’s image among the international community, the MP told IANS.

Meanwhile, Minister of State for Parliamentary Affairs Mukhtar Abbas Naqvi said Modi also said that his government has come up with a tough bill on black money.

Naqvi also said that the government’s fight is not with the opposition parties but those who are spreading corruption in the country.

According to sources, only Modi spoke at the meeting. None of the MPs said anything this time, especially after Bharat Singh, a party MP from Uttar Pradesh, had criticized the government at the last parliamentary party meeting.

Get ready to Funk It Up with Shiamak and Bollyshake!

Prince Harry, Meghan Markle to wed on May 19