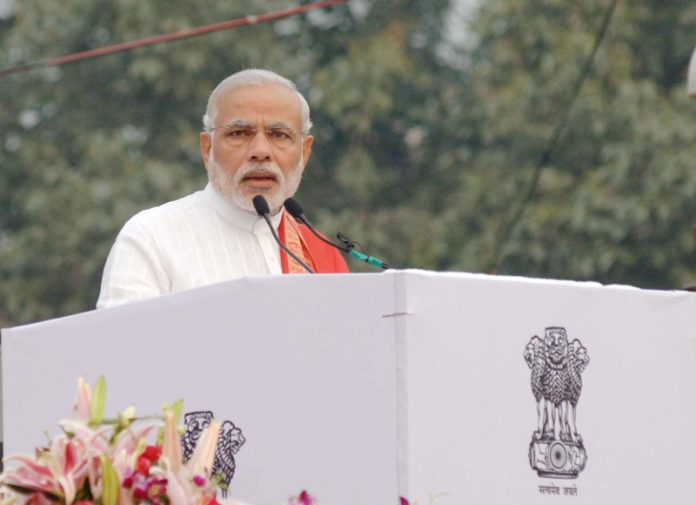 New Delhi: Lauding the media for its constructive contribution to public causes, Prime Minister Narendra Modi on Thursday urged it to encourage debate on other constructive subjects including simultaneous elections for the state assemblies and parliament.

“It appears there is a halt in debate on some issues, and if media plays its role in carrying forward the debate, it would be good,” Modi told journalists at the Diwali Mangal Milan programme at the Bharatiya Janata Party headquarters here.

On the issue of simultaneous elections, the Prime Minister said that leaders of almost all political parties “privately say that something must be done” but several had often hesitated to speak on the issue after he raised it publicly.

He, however, maintained that “such hesitation will prevail for some time, but notwithstanding such dilemma, the public discourse should continue”.

Modi said that the decision in this regard cannot be imposed by the government, adding that it was necessary to give an impetus to a discussion.

“Often, election observers are deputed for two months, and even the states where elections are not held, have to spare their officials. It also results in economic burden. Nobody can impose it. It should not be imposed,” Modi said.

The Prime Minister said issues like the code of conduct and deployment of poll observers needed to be debated on as various questions are raised on these matters.

He also complimented the media for its role in propagating the message of cleanliness.

“Cleanliness never received a due place in our society. Now states are competing in this regard. Three states have been declared open defecation free. Although they are small states but a health competition has begun. The success of Swachhata Mission can be attributed to the role of the media,” he said.

BJP President Amit Shah, who was also present on the ocassion said that due to surgical strikes the people of the country are feeling proud on its soldiers and are also indebted for the sacrifice they made.

He also praised the BJP-led central government and said India had developed on all fronts be it urban or rural sector, agriculture or poverty alleviation and the doubt that existed about over its prospects in 2014 have gone away.