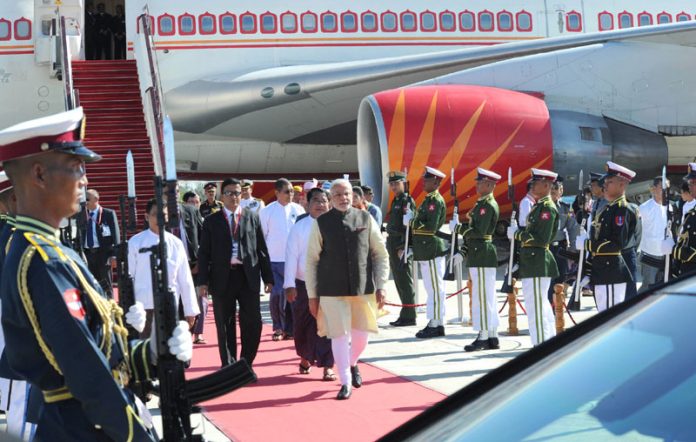 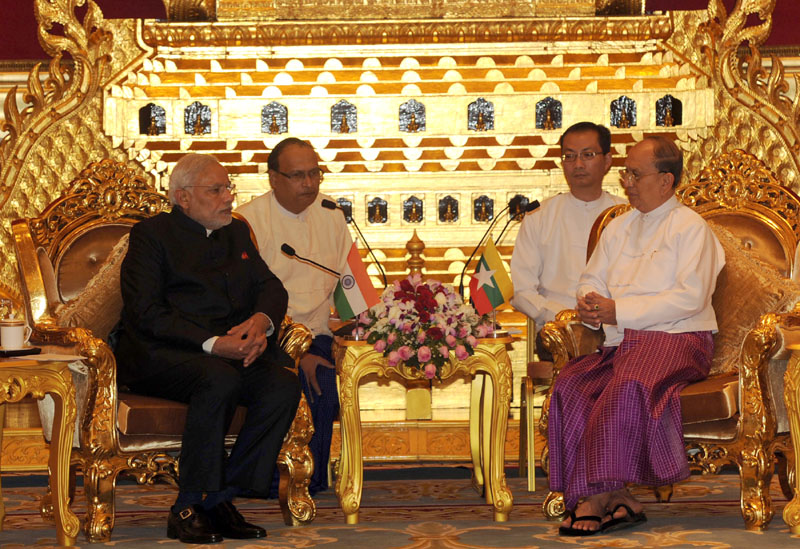 The 45-minute talks, the first meet between the two leaders, were held shortly after Modi arrived on a two-day visit and was accorded a guard of honour. People dressed in traditional attire also flocked to greet him.

“Landed in Nay Pyi Taw, Myanmar, to a very warm welcome! Great being in this beautiful country,” Modi tweeted. He also posted a picture.

In Myanmar, Modi will meet leaders of the Association of Southeast Asian Nations (ASEAN) during the ASEAN-India summit. He will also meet the leaders of the East Asia Summit, which include the ASEAN and seven others besides India, during the Nov 12-13 summits.

In his departure statement Monday, Modi said he had left “with a great sense of anticipation and fully conscious of the significance of the India-ASEAN Summit and East Asia Summit”. He described ASEAN as “at the core of our Act East Policy and at the centre of our dream of an Asian century” and East Asia Summit as a platform ahead of others in its “potential to shape this region and the world’s future”.

During their talks Tuesday, Modi and Thein Sein reviewed progress of major connectivity projects, including the India-Myanmar-Thailand trilateral highway, and Kaladan transport project.

Both sides view the trilateral highway as an opportunity for industrial cooperation, and sought to explore the possibility of setting up industrial parks along the highway. The Imphal-Mandalay bus service also came up for discussion, an official statement said.

As cultural contacts came up, it was decided that students from Myanmar shall also study at the revived Nalanda University.

Thein Sein remarked as India grows and develops, his country would also benefit.

During the talks, the possibility of India investing in Special Economic Zones in Myanmar was discussed. Investment in the oil and gas sector in Myanmar, and India’s assistance in development projects in the agriculture and skill development sectors also came up for discussion.

Modi recalled the warm communication he had received from Thein Sein when he assumed the prime minister’s office after his party’s victory in the general elections. Thein Sein, who said he followed Indian events closely, also praised the development model of Gujarat when Modi was chief minister of the western Indian state.

The Myanmar president also invited the Indian prime minister for a bilateral visit, saying there is a lot of commonality between the two countries, which he sees, “as brothers”.

He also suggested Modi to visit the historic cities of Bagan and Mandalay. Modi accepted the invitation and in return also invited Thein Sein to visit India.

From Myanmar, next on Modi’s itinerary is Australia for the G20 meet in Brisbane Nov 15-16.

He will also travel to Fiji Nov 19.

During his 10-day-sojourn, he would be meeting more than 40 leaders, including around 20 bilateral meetings with the leaders of China, Germany, Britain and South Korea. 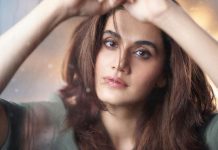 Taapsee on I-T Raids: ‘If I’ve done something wrong, will serve the punishment’ 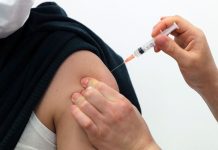 COVID-19 vaccine rollout by India has ‘rescued the world’ from pandemic: Top US scientist 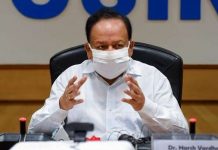 ‘We are in end game of COVID-19 pandemic’: Union health minister Harsh Vardhan