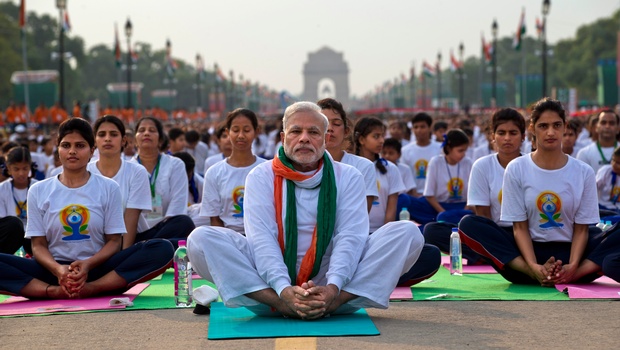 New Delhi: Daily yoga has now been made compulsory for the 10 lakh-strong central paramilitary forces as part of their physical drill.

A directive issued to the Central Armed Police Forces (CAPFs) by the Union Home Ministry said they should also ensure that Yoga is practised even at active duty areas like border posts and those in the Left Wing Extremism affected states of the country.

The CAPFs were directed to implement the Yoga drill on a “priority” and that an action taken report be also submitted.

“Physical exercises are the part of daily routine of the Central Armed Police Forces (CAPFs) and Assam Rifles personnel in various field formations like battalions, Group Centres, border out posts etc. Keeping in view the importance Yoga has gained in recent time, it would be prudent to include it as part of daily physical exercise of the forces in various field establishments,” a directive from the Home Ministry said.

The order has asked the Directors General (DsG) of the forces to issue appropriate instructions to their field formations spread across the country and also submit an action taken report in this regard.

BJP-PDP to form Kashmir government, Mufti to be CM March 1