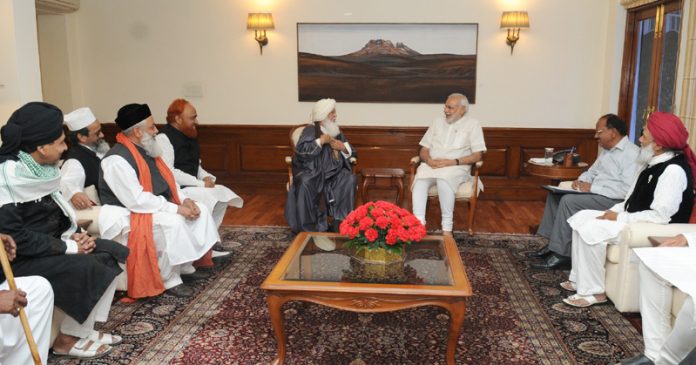 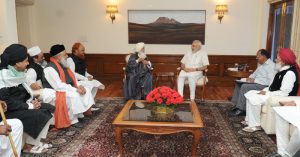 New Delhi, April 6 (IANS) Prime Minister Narendra Modi on Monday met a group of Muslim leaders who voiced their concerns, including the growing radicalisation of the young in the country’s largest religious minority.

As they sought the government’s support in providing better facilities to Muslim youths particularly in education, Modi gave them a patient hearing, an official statement said.

The prime minister assured the delegation his full support to overcome the grievances of all sections of the Muslim society.

“While expressing apprehensions about increased radicalisation and emerging threat of terrorism, the leaders underlined the need for greater unity and collective efforts to meet the challenge,” the release said.

The leaders brought to Modi’s notice issues relating to the properties of Muslim shrines, mosques and madrassas.

Modi emphasised the need to empower Muslim youth to enable them to play a larger role in nation-building.

He pledged to study their grievances related to their shrines and madrassas.

Modi promised his “complete assistance” in ameliorating their comunity’s social conditions and addressing their educational requirements.

The Muslim leaders expressed support of the community to the prime minister in meeting his objectives of ensuring speedy economic growth and promoting communal harmony.

None of those who met Modi were available for comments.

But other representatives of the Muslim community who spoke to IANS said they were not very impressed by Monday’s development.

Delhi University associate professor Wali Akhtar said: “Such meetings have happened even in the past. I don’t see any development happening from such meetings.”

He said building a peaceful atmosphere was the foremost demand of Muslims, and only after that the government could think of empowering the community socially and economically.

“Meetings are not enough. Dialogues and promises should be translated into action,” he told IANS.

Syed Abdul Rahman Geelani, another professor at Delhi University, also underlined the need to create a peaceful atmosphere for the Muslims in the country.

“The condition of the Muslim community can’t be improved if the government has no trust on Muslims.”

He added: “The government should appoint members from minority communities in all government institutions.”