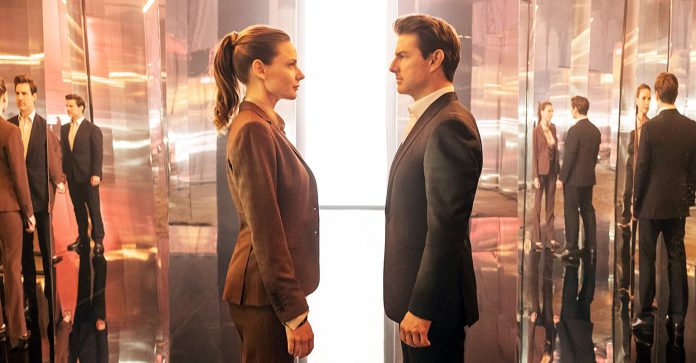 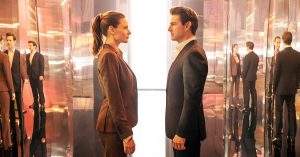 Say, wasn’t Danger Zone the name of that raucous song from Top Gun? I say yes!  Well, sandwiched in between that classic and the new updated version said to be ready for release next year Tom terrific reverts back to his most famous role. Sit back in any Cineplex or Landmark Theatre in British Columbia to take in Mission: Impossible Fallout.

Number six, count ‘em in the espionage series pits Ethan Hunt and his crack team against all sorts of evil doing. In a very smart story co-written by Cruise but with the stamp of ace co-producer J. J. Abrams written all over it Tom Terrific sees elements from previous assignments reappear to make the stakes here all the more dear – and deadly. Now it looks like half the world is after Hunt who must desperately try to find a few nukes before parts of the world go poof.

Wall to wall action is what these movies are all about. Paramount delivers in fine fashion as this globe-trotting experience will leave you breathless. Well paced with frantic stupendous stunts both Paris and London are used to great advantage here. Lots of spy stuff and internal consternation / confusion abounds as the controlled chaos moving gingerly towards the calculated climax will leave you shaken and stirred.

As expected huge firepower is expected and delivered with a bang. Chases and rescues galore keep audiences in check though a few death-defying confrontations do go on for a bit too long. Elements of past stunts resurface but are changed in such a way as to make them look fresh. And it all works!  Superb dialogue with a bit of comic relief supplied by team members Simon Pegg and Vin Rhames ensure a good time is had by all. And the insertion of Henry Cavill further enhances this film in a way the former Man from U.N.C.L.E.  could have only dreamed of.

Well worth the wait MI 6 is just a lot of fun and an enjoyable 2 1/2 hours spent on any sunny day/evening. Look for a seventh film in the series to be well on its way. Besides, this movie is a perfect precursor for next year’s Daniel Craig James Bond swan song. And at just 50 it looks like Tom Cruise still has plenty of energy left in the tank.

Sanjay Dutt finally walks out of jail to freedom