Mexico City (AP): Mexico celebrated the implementation of a new free trade agreement with Canada and the United States that it hopes will lead to more investment in its struggling economy.

President Andres Manuel Obrador will travel to Washington July 8-9 to meet with with President Donald Trump and recognize the achievement of the U.S.-Mexico-Canada accord.

Lopez Obrador said the accord, which replaces the North American Free Trade Agreement, will provide greater certainty to the three countries in their commercial relationships.

Their supply chains are deeply intertwined. During the COVID-19 pandemic, there was pressure from the U.S. government to allow some Mexican assembly plants to quickly reopen or remain open to cause less interruption.

“There are clear rules,” Lopez Obrador said Wednesday. “You can’t have border closures or tariff increases on products without a legal-type procedure with the famous panels where representatives of the three countries participate.”

Known as the USMCA in English, the new agreement began to be negotiated when Lopez Obrador won Mexican elections two years ago.

But the arrest in June of crusading Mexican labour lawyer Susana Prieto on charges of inciting riot, threats and coercion has cast a shadow over the new trade pact, which was supposed to improve protections for workers rights.

Lori Wallach, the director of Public Citizen’s Global Trade Watch, said “`It’s a terrible start that on day one of a deal Trump said would transform trade, a leading Mexican labour lawyer has spent weeks in jail on trumped up charges.”

Mexican prosecutors say the charges stem from an intimidating protest this year at a local labour board hearing, and not from her leadership of strikes last year that won higher pay for workers at “maquiladora” assembly plants in the border city of Matamoros.

Lopez Obrador’s first international trip of his presidency has garnered criticism at home, because Trump has been critical of Mexicans and Mexicans fear it could play to Trump’s electoral advantage. Lopez Obrador insists he has no interest in intervening in U.S. domestic politics and the trip is simply to celebrate the new trade accord.

In 2016, Trump, then the Republican nominee, visited President Enrique Pena Nieto despite frequently targeting Mexico in his speeches and insisting that Mexico would pay for his border wall. At the time, Lopez Obrador was extremely critical of Pena Nieto’s invitation to the candidate.

Trump had threatened crippling tariffs on Mexican imports last year unless Mexico did more to slow migration through its country.

But Trump has maintained surprisingly cordial relations with Lopez Obrador.

“The United States appreciates the efforts of our partners in Mexico and Canada to ensure that North America is strengthening its economic ties while working to combat the coronavirus pandemic,” Trump said in a statement Wednesday. “To mark this historic achievement, I look forward to welcoming President Andres Manuel Lopez Obrador of Mexico to the White House on July 8, 2020, to continue our important dialogue on trade, health, and other issues central to our regional prosperity and security.”

Mexican Foreign Secretary Marcelo Ebrard did not provide details of next week’s visit, but said July 8 would be a bilateral encounter with Trump and a July 9 meeting would include Canadian Prime Minister Justin Trudeau. 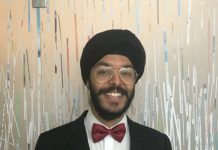 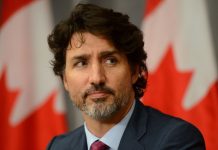