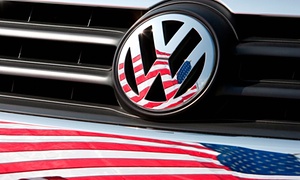 Berlin, Sep 22 (IANS/EFE) German Chancellor Angela Merkel on Tuesday demanded “full transparency” concerning the scandal of automotive manufacturer Volkswagen, which admitted to having rigged gas emission figures produced by some of its diesel-powered vehicles in the US .

In a press conference held after a meeting with Finnish Prime Minster Juha Sipila, Merkel hoped “the facts will come to light as soon as possible”.

She made it clear that German Transport Minister Alexander Dobrindt was in close contact with Volkswagen and believed that the German government has taken all necessary measures.

In an interview published on Tuesday by German newspaper Bild, Merkel said Germany will conduct further independent testing on diesel emissions to all Volkswagen vehicles in the country.

Foreign Minister Frank-Walter Steinmeier called for urgent clarification to limit the damage to both Volkswagen and other German exporters.

Environment Minister Barbara Hendricks expressed shock that it was not a malfunction but a conscious manipulation of data and proposed that the fine would go to the UN Green Climate Fund.

Volkswagen announced on Tuesday that it will allocate 6.5 billion euros (around $7.2 billion) in the third quarter of 2015 in order to cover the necessary service measures of the poisonous emissions scandal in the US.

The German company explained that this amount will be provided in order to regain the trust of its clients, after admitting to having rigged gas emission figures produced by diesel-powered vehicles in the US.

Volkswagen is expected to face a fine of $18 billion in the US, as well as the damage to their reputation.

The company admitted that it had equipped some 482,000 cars in the US market with sophisticated software that allows cars to emit less during tests than they would while driving normally.

Ontario drivers without passengers will be able to pay fee to...