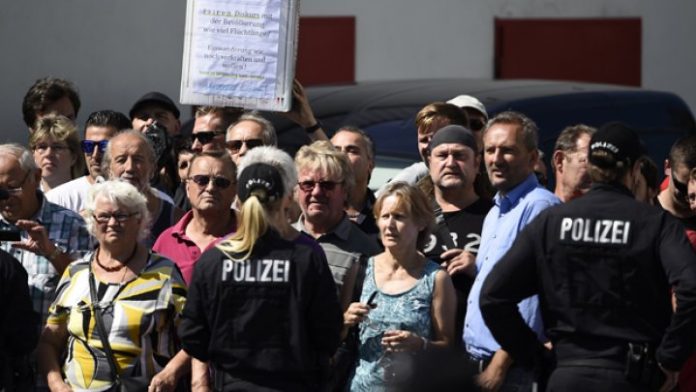 Berlin, Aug 26 (IANS) German Chancellor Angela Merkel was heckled on Wednesday while visiting a refugee centre, which has been the target of violence by neo-Nazi groups, in the eastern village of Heidenau, media reported.

Merkel on Monday had described the racially driven attacks as “disgusting” and described the behaviour of families and children protesting the refugees as “shameful”, Efe reported.

When Merkel went to see for herself the overloaded centres that have resulted in the xenophobic attacks, some Heidenau residents booed her, and one person told her to “worry about your own people first”.

The chancellor, nonetheless, greeted the residents resolutely and visited the centre without making any comment, despite the strong presence of both local and international media.

The refugee centre, still under construction, was at one point a shopping mall that has been repurposed to accommodate up to 600 refugees. This has generated strong resentment among the village residents and far-right groups in Heidenau called for protests last weekend to forcibly prevent the refugees from entering the complex.

Violent clashes broke out when police intervened, as neo-Nazi groups threw “stones and bottles” at the security forces, leaving more than 30 wounded, the German authorities reported.