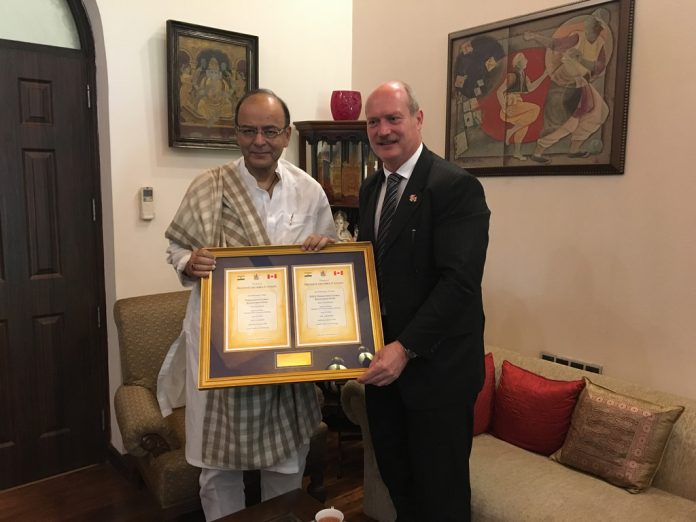 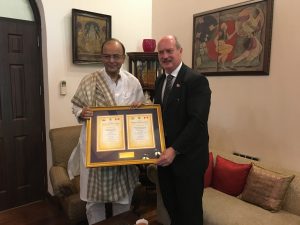 The meeting builds on bilateral discussions and activities since the visit by Prime Minister Modi to Vancouver in 2015, where the prime minister and senior Indian government officials showed great support and enthusiasm for formalizing relations between India and British Columbia. Meeting topics included: the recent approval by the Canadian federal government of the Pacific North West LNG project; the successful issuance of B.C.’s Indian Rupee (INR) bond; and future opportunities to expand two-way trade and investment.

The Government of British Columbia has been actively working to make India and B.C. long-term partners in economic and social prosperity. It’s a strategy that’s focused on:

On Sept. 9, 2016, British Columbia was the first foreign government to issue a bond in the Indian Rupee (INR) offshore market – or what is known colloquially as a Masala bond. The bond issue demonstrates the Province’s confidence in the outlook for India, and positions B.C. to participate in internationalization of the INR and India’s economy.

In addition, with Budget 2016, the Government of British Columbia committed $5 million over three years to promote a stronger B.C. wood brand in India. This investment is helping B.C. companies establish themselves as the world’s leading suppliers of sustainably harvested wood products to a market that includes the world’s largest middle class.

British Columbia’s work to build a strong relationship with India has proven successful. Earlier this week, Air Canada launched a direct flight from Vancouver to Delhi, demonstrating that India and B.C. are closer than ever before. This flight now provides a direct link for businesses to come together, and families to stay connected.

Minister of Finance Michael de Jong said: “I was impressed by Minister Jaitley’s interest in mutual economic investments in both India and Canada by companies, such as Indian Oil. India is an important economy with a young and growing middle class that represents an important opportunity for B.C. partnership, trade and investment, particularly in the areas of forestry, energy, international education and clean technology.”