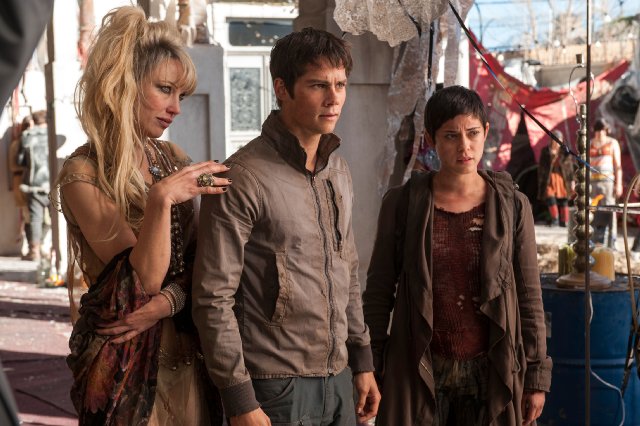 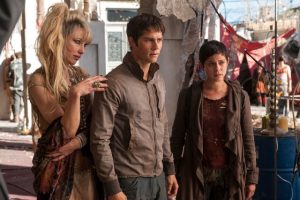 Looks like it’s the survival of the fittest. Back for more elusive fun are part of the team from runaway hit The Maze Runner of a few years back. Credit 20th Century Fox for upping the ante with new instalment Maze Runner: The Scorch Trials. Catch all the excitement at Cineplex Odeon Theatres around B.C.
Born to run and elude capture are a group of young men and women living in a future of uncertainty. Ruling force Wicked is an elusive organization whose leaders like playing God. Able to see through all the smoke and mirrors is imprisoned leader to be Thomas Played well by Dylan O’Brien. Just how a small group of men and women escape from their high tech prison sets the right tempo for the rest of this thrilling adventure.
Dark in tone but thriving on emotion, fear and that sense of desperation Maze Runner: The Scorch Trials will definitely appeal to The Hunger Games/Twilight crowd. Juiced up equally by a band of relatively unknown actors and strong veteran counterparts like Patricia Clarkson, Lili Taylor. Barry Pepper et al. this soulful adventure should have both legs and staying power. Given its science fiction theme and sombre yet hopeful time looks for a third instalment in The series to pop up in a few short years.

I was acute Hepatitis B patient: Amitabh Bachchan