Surrey Mayor Linda Hepner delivered her third State of the City report, saying that the city has completed all the policy tools necessary to continue the course of on-going  success, including “the ten year Economic and Job Creation Strategy we’re introducing today.”

Twenty-sixteen was a near record year with building permits nearly topping $1.5-billion, with an outlook for 2017 of similar results. She noted how high skilled and high paying jobs are transforming the local economy.

Surrey is the home to Innovation Boulevard and BC’s only Accelerator Centre for Health Technology Commercialization. Research indicates an estimated 36,000 jobs will be created in Surrey’s innovation economy in the next 10 years.

“The City of Surrey has come a long way in the past few years and we are far from finished,” said Mayor Hepner. “While we certainly recognize the challenges that come with change and the kind of phenomenal growth we have seen recently, we are up to the task of shaping a city built on a foundation of innovation, education, and opportunity.”

Mayor Hepner underscored her Council’s commitment to building and upgrading public amenities. The 2017 Civic Construction program is budgeted at $241-million and will help fund two new Sport and Ice Complexes (North Surrey and Cloverdale), a new recreation centre and library in Clayton and a major expansion of the Surrey Museum.
Film and television production continues to favour Surrey as a prime location with the number of filming days increasing by more than 600 percent since 2011. Currently, more than 5,000 film related jobs have been injected into the local economy.
“Skydance Studios is producing programs here in Surrey for Netflix,” said the Mayor, “including ‘Altered Carbon’ a series that I am hearing is going to be bigger than Game of Thrones.” 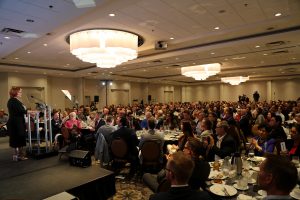 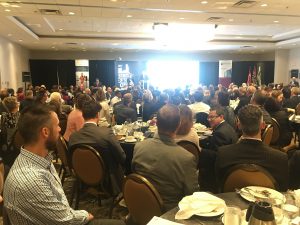 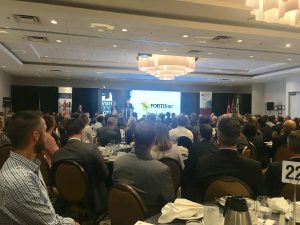 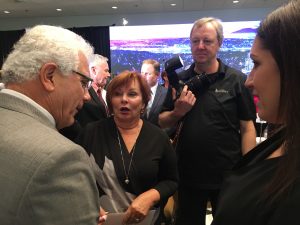 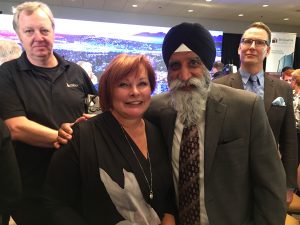 Business Development Innovation:
Hepner announced her intention to select between six to eight projects each year that will be fast tracked so they can come off the drawing board and into reality.

“The aim is to reduce approval time for these projects by half,” she said.

The projects identified include:

On the social side, Hepner said that they had developed a special kind of master plan that, “at its core, deals with the public safety realities that come with being a modern city” and includes:  Technological advances using the Traffic Camera Network; Project IRIS to include CCTV cameras of residents and businesses to contribute to the eyes on the community; an Outreach Team to tackle public safety, health, and basic quality of life issues for the more vulnerable citizens.

The coming legalization of marijuana will present both opportunities for revenues and the downsides of social problems. Surrey will investigate these by sending delegations to cities such as Seattle, Denver, Portland and Los Angeles, jurisdictions already dealing with these issues.

The 27 Kilometre Light Rail Line, a major piece in the city’s Transportation plan, is coming closer to reality. There will be a formal bilateral agreement between the federal and provincial governments being signed by year end, detailed design work and the four-laning of 100th Avenue are already underway.

The Biofuel facility to open this year will convert 100% of Surrey’s organic wastes and will power Surrey’s waste collection trucks, the municipal fleet and the city’s district energy system.

“We are up for a future that loves big ideas,” said Hepner. “We are building a city full of great new jobs for our children and grandchildren, jobs built on a foundation of innovation and education, creating the most connected community with the first phase of the LRT. We are up for creating a city that is family-friendly, full of parks and rinks and pools and galleries and theatres that build neighbourhoods.”

The full State of the City presentation will be available at www.surrey.ca

John Horgan and the BC NDP kick off campaign for a...