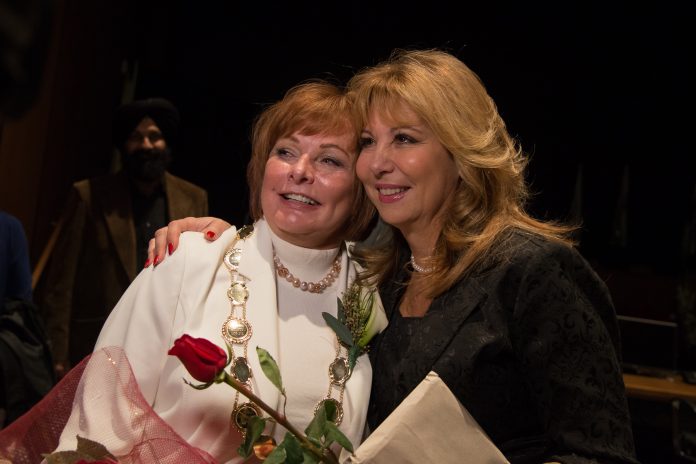 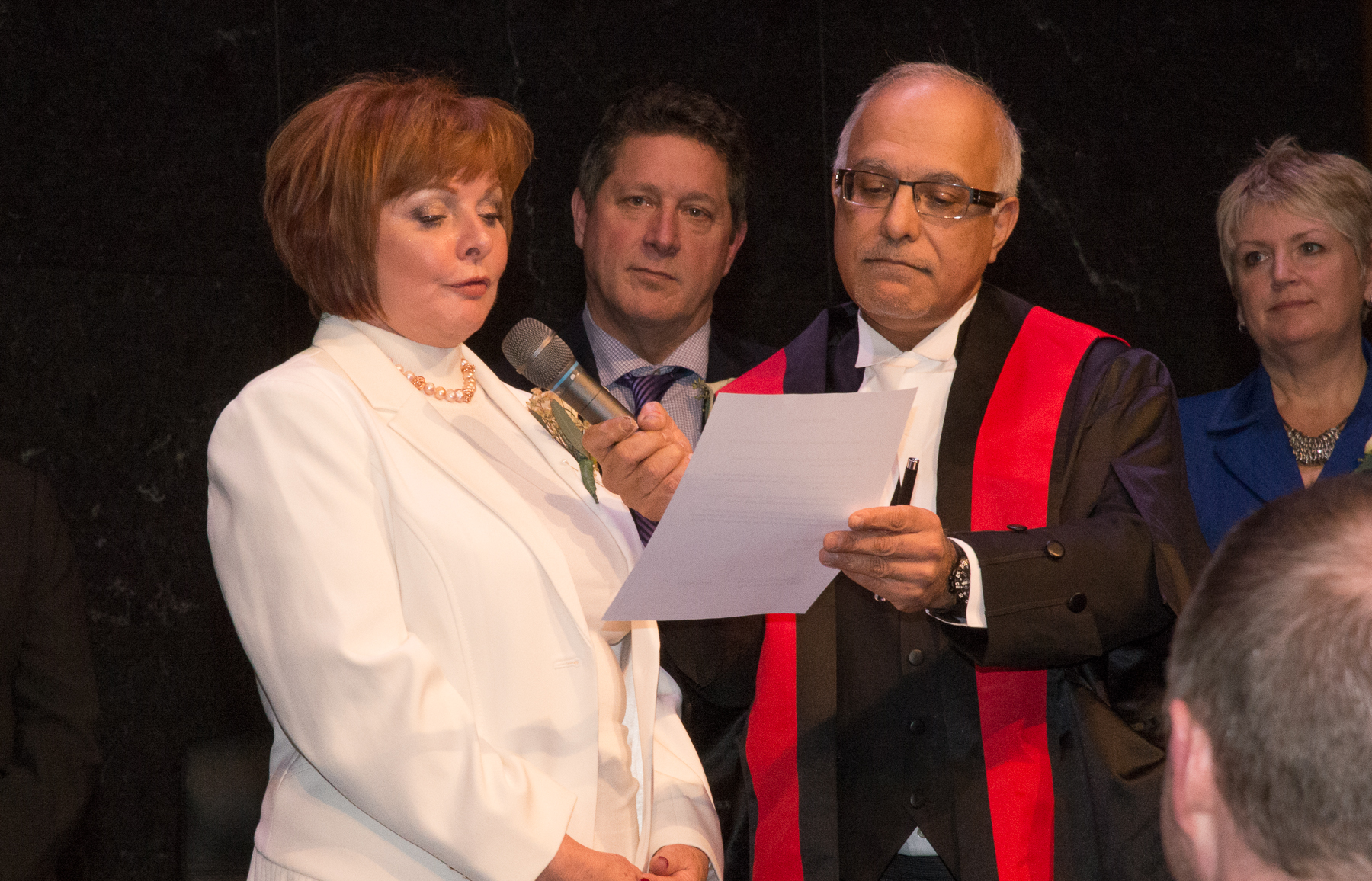 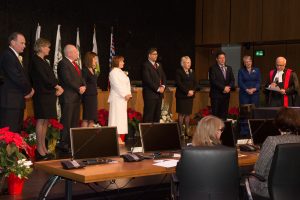 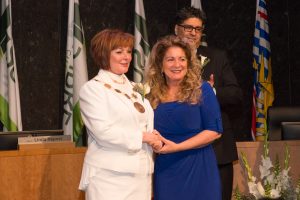 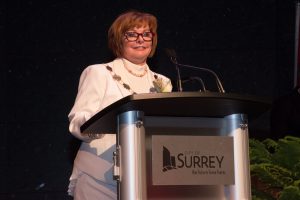 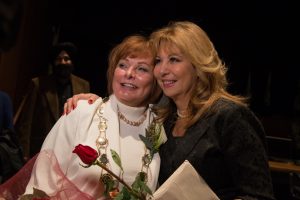 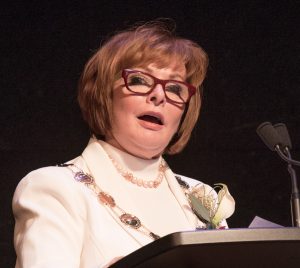 Surrey: With an appropriate amount of pomp and circumstance, including O Canada lead by the Canucks Tenor, Mark Donnelly, the mayor and council of BC’s second largest city were sworn into office by Associate Chief Judge of the Provincial Court, Gurmail S. Gill.

Following the oaths Mayor Linda Hepner took to the podium to thank her colleagues on council, and pay homage to Dianne Watts, who received a standing ovation from all in attendance.

Reminding people that the city continues to grow at a thousand people per month, and will overtake Vancouver’s population in a single generation, she laid out her road map for the next four years.

Transportation: “My first order of business will be to actively promote a “yes” vote in this spring’s transportation referendum. We need the Light Rail project as well as the other significant public transportation initiatives that we’ll fund.” She said that she couldn’t see, that when the population is expected to hit 750 thousand people in 2041, they would be relying on just 8% of the region’s rapid transit service. We have the framework in place, the knowledge to proceed and the determination to succeed.”

Her other priority areas include:

Community Safety: she will immediately request an additional 100 police officers to compliment the 30 coming in the spring. The emphasis will be on neighbourhood policing. Officers will build relationships with residents and business owners and become more ingrained in the “fabric of our neighbourhoods. During her campaign she said she would create a public safety director to oversee the emergency services of the city. This was not mentioned in her speech.

Business Advisory Council: to start a business advisory council to include the Surrey Board of Trade, the Business Improvement Associations, the other two chambers of commerce and other business associations so everyone is more attuned to the needs of the business community and the agencies that support the creation of jobs in Surrey and understanding the goals.

Innovation Boulevard: will be expanded to include other job creating industry sectors. Surrey is already being home to 20% of the province’s clean tech businesses she will aggressively accelerate that growth.

Keeping Taxes Lowest: is committed to keeping the taxes to the lowest in the region. Finances will be reviewed this month.

Grey Power: wants to become Canada’s most Age-Friendly city and further developing strategies around that, starting with a seniors summit this next year.

Social Innovation: will develop the country’s first social innovation strategy and bring together the best minds to develop strategies to advance the social safety net through not-for-profit enterprises, that are rewarded for public-good initiatives.

She closed her speech with a quote from astronaut Chris Hatfield about not being destined to be an astronaut, but rather having had to work to turn himself into one. “No community is destined to be great. It is up to us to decide the kind of city we want to be. That it is up to us to do the work that will turn it into a great city. Needs participation form the public to make it become that great city.”

The final business of the evening was to appoint the councillors to Metro Vancouver’s (MV) board. Members with five votes each Hepner, Steele, Hayne, and Villeneuve; Martin to the 2015 Metro board with 4 votes; Gill to be alternate for Hepner, and Woods Starchuk and LeFranc to attend MV meetings in rotation as past practice.

Abbotsford International Airport – In the middle of everywhere!