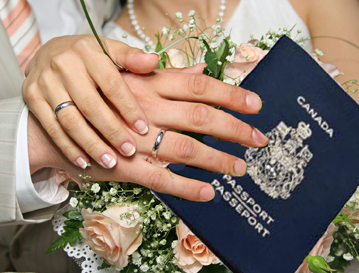 Edmonton: An Edmonton man has been handed a six-month community sentence for marriage fraud.

The Canada Border Services Agency says Gilbert Leland Platts was convicted of misrepresentation under the Immigration and Refugee Protection Act.

It says the 61-year-old agreed to marry a woman for $5,000 so she could get her permanent residency status in Canada.

The agency says the marriage of convenience case is the first to be prosecuted in Alberta.

It wouldn’t reveal details about the foreign bride but says she came to Canada in 2007 on a work permit.

She was removed from the country in July 2013, almost a year after officials received a tip and started investigating the marriage.

Court records list the name of the woman as Venus Platts.

The Immigration and Refugee Board has said a woman in her later 30s named Venus Tandog Platts received an exclusion order in 2013 requiring her to leave Canada. Records show the Philippines native entered Canada as a worker in 2007 and married in 2010.

Western Canadians invited to Share It Forward in support of...