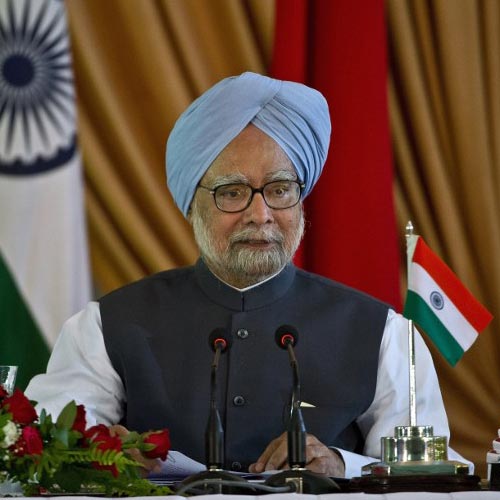 New Delhi/Surat, May 27 (IANS) Former prime minister Manmohan Singh on Wednesday denied having ever used public office to enrich himself or his family, prompting BJP president Amit Shah to mount a fresh attack on him over the 2G allocations controversy.

Baijal has alleged that Singh had warned him of harm if he did not cooperate on 2G telecom licences. He also said that Singh asked him to cooperate with the then communications minister Dayanidhi Maran as non-cooperation could compromise the UPA government.

Baijal, who has written a book, ‘The Complete Story of Indian Reforms: 2G, Power and Private Enterprise – A Practitioners Diary’, also alleged that Maran had warned him of “serious consequences” if he gave unified licensing recommendations.

Attacking the Bharatiya Janata Party (BJP) on Wednesday, Manmohan Singh said the ruling BJP continues to harp on the theme of corruption as it wants to divert the attention of the people to non-issues.

In his hard-hitting speech at the National Students Union of India (NSUI) convention, Singh also accused the BJP-led National Democratic Alliance of rewriting the past “to promote a highly biased and communal view”.

The former prime minister said the institutions of democracy were under threat and the entire edifice of the welfare state was being dismantled in the guise of promoting faster economic growth.

“Dissent is being suppressed. The Congress party has strived hard to ensure that India flourishes as an open, pluralistic, liberal democracy proud of its composite heritage. This very idea of India is under systematic assault. We must understand how this assault is being mounted and then come up with our responses,” he said.

He said the BJP leadership had two constant themes – that the Congress-led UPA was very corrupt and that there was policy paralysis.

Rejecting allegations of policy paralysis as “totally untrue”, he said the UPA had ensured a high average GDP growth during its 10 years in office.

Hitting back at Singh at a press conference in Surat, BJP president Shah said his responsibility was not only to be personally incorruptible but to ensure that there was no corruption in his government.

“The issue does not end at not doing corruption yourself,” Shah said, while alleging there were “scams of Rs. 12 lakh crore” while Manmohan Singh was the prime minister.

The BJP president said the Congress had said there was “zero-loss” in the spectrum allocation despite a CAG report pointing to the huge loss.

BJP spokesperson Sambit Patra said Singh had chosen to “break his silence” when things had already been proved. “This ritual of breaking the silence is not of much use. This is silence of self- defence when everything has been lost.”

“The singular issue on which the country focused its attention for the last 10 years was nothing other than corruption because you had pick-pocketed money out of every pocket in this country; you had destroyed this country through corruption, and today, you say that corruption is a non-issue,” said Patra.

All Kerala jail inmates to get email id