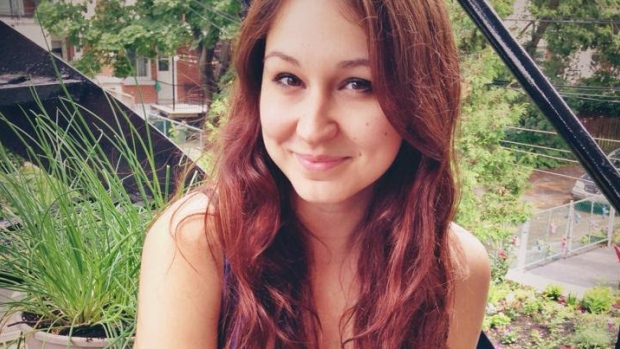 MONTREAL: A man charged with first-degree murder in the stabbing death of a grocery store clerk had been trying to speak to her in the days leading up to the slaying, Montreal police say.

Randy Tshilumba was arraigned in Quebec court Wednesday in the slaying of Clemence Beaulieu-Patry, 20, at a Maxi supermarket Sunday night.

Tshilumba, 19, did not enter a plea during his 30-second appearance.

Prosecutor Sonia LeBel requested, and was granted, an order that prevents the accused from speaking to the victim’s family or to a witness in the case.

Tshilumba was ordered detained and will return to court April 27.

It later emerged through some of the 80 tips from the public the accused and Beaulieu-Patry had been students at the same secondary school, although investigators don’t believe there was a relationship beyond that.

Police also know Tshilumba tried to speak to Beaulieu-Patry prior to the attack.

“We know in the past few days (leading up to the slaying), there were efforts by the suspect to talk to the victim, but why that is, we don’t know,” Lafreniere said.

Beaulieu-Patry was stabbed while working in the store’s clothing department as clients shopped and other employees worked.

Police later distributed grainy surveillance video in the hopes of finding a suspect.

In court Wednesday, a number of young women, friends of Beaulieu-Patry, were in tears as they headed into the courtroom. They emerged later, hugging and comforting each other.

Tshilumba was at his home Tuesday evening when he was taken into custody.

Lafreniere said he was not known to police.