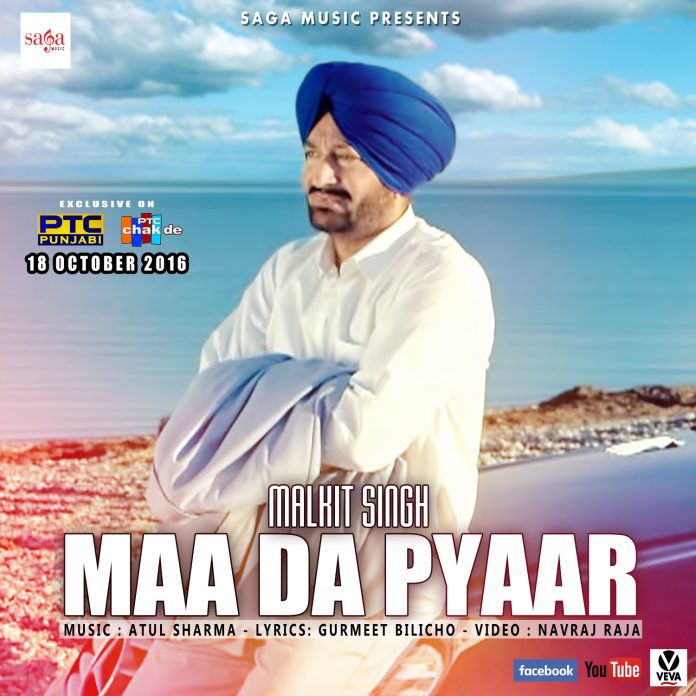 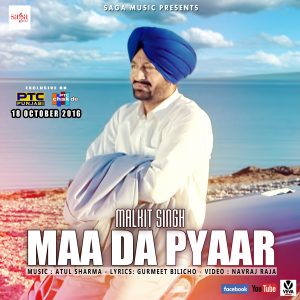 Popular Punjabi singer, Malkit Singh releases his new song ‘Maa Da Pyar’ worldwide on Oct 18th. The song is a soulful and a very emotional track by the veteran artist, who has yet again revived the beauty of motherly love and affection. This time, Malkit re-brings the same love and emotions with a sequel to his previous track that was released 5 years ago. Making the song even more special is the phenomenal video directed by perfectionist Navraj Raja, who has given more than 200 Punjabi videos to the industry.

The song’s heart-touching lyrics are given by Gurmeet Bilicho, soulful music is done by Atul Sharma, and the track is released by Saga Music. The locations for the video were handpicked out of the beautiful lands of Vancouver in Canada where the entire song was shot.

Speaking about the song on its launch, Malkit Singh states, “the song has great emotional values attached, and it’s very close to my heart. Such a song that represents love and affection to mothers is hand-crafted, beautifully written composed by the team. We all hope to have the audience to pour as much love as they do for all my other projects too.”

Also stated the video’s director, Navraj Raja, “on listening to the song for the first time, we wanted to give it the right kind of feel, and we tried justifying it with the most perfect video. The team has worked very hard to bring out the true emotions of the lyrics and the music by presenting in front of the audience a heart-touching short-film.”

With the launch of this song, Navraj and Malkit will mark their second project together after ‘Billo Raaniye’ in 2011.