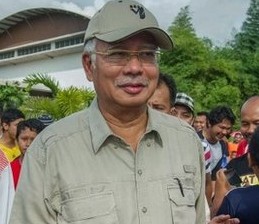 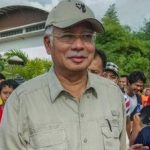 Kuala Lumpur: Malaysian President Najib Razak has been advised rest after doctors detectdg the presence of E.coli bacteria in his body following a visit to flood-affected areas in the northwest of the country, officials said Monday.

“Doctors have recommended that he rest. He will return to his duties as soon as possible,” Malaysian Prime Minister’s Office posted on its Twitter account.

Local health authorities indicated that the president may have contracted the infection after consuming food or drink in poor condition during his visit to the flooded area.

E.coli, short for the Escherichia coli bacterium, is usually found in animal intestines, and therefore in sewage, and can cause acute intestinal infections.

At least 21 people were killed late last month in the floods which also forced more than 250,000 people to abandon their homes.

Razak was forced to cut short his vacation in Hawaii, where he was photographed playing golf with US President Barack Obama, to visit the disaster-affected areas.

Malaysia is in full monsoon season, which usually ends in March.

Parents asked to talk to children about replica guns and safety,...

One man in custody following body found in Richmond