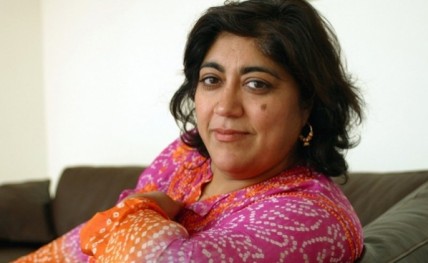 Mumbai: Gurinder Chadha’s iconic feisty film on female football “Bend It Like Beckham” is ready to hit the British stage with loads of Bollywood styled songs and dances. The British film director of Sikh origin is truly upbeat and says ‘desis’ everywhere would be proud.

“This is a proud moment for desis everywhere. We will have our own Punjabi British musical adorning the West End. A story celebrating and sung in our own words of the last 50 years of our history in Britain. When that ‘dhol’ starts, I imagine everyone’s shoulders will start moving up and down regardless of nationality,” Chadha said.

She says adapting the film to the stage was not easy, but definitely great fun.

“Developing ‘Bend It Like Beckham’ for the stage has been the most enjoyable creative process of my career so far. It was always my intention to build on the film and to present its themes and storylines to live audiences in an exciting new dynamic way,” said the filmmaker, who is also known for movies like “Bhaji On The Beach” and “Bride and Prejudice”.

Chadha says she has been inspired by musicals ever since she was a little girl.

“Now with ‘Bend It like Beckham’, such a familiar story to so many, I believe we are presenting a totally new kind of musical — part West End, part London Punjabi, but whole-heartedly British.

“I’m very excited for us to take our place with so many inspirational musicals past and present in my hometown London,” she added.