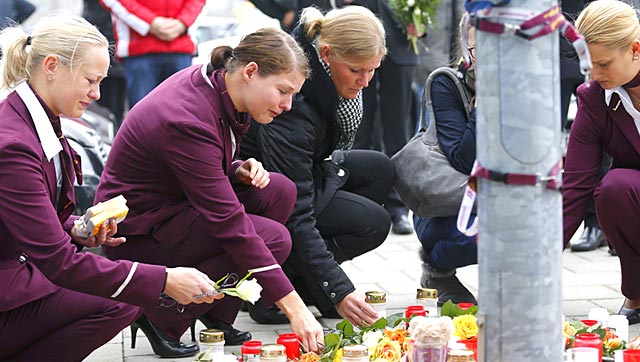 Frankfurt: Germany’s Lufthansa airlines announced on Tuesday it has cancelled its 60-year anniversary celebration to respect the crash victims of Germanwings flight 4U9525.

“Out of respect for the crash victims of flight 4U9525, Lufthansa is cancelling the originally planned festivities for the 60th anniversary of the company, which was planned for the April 15, 2015,” said a statement by Lufthansa Group.

Instead, the company confirmed that it would offer live coverage of memorial service for the victims at the Cologne Cathedral on April 17, Xinhua news agency reported citing the statement.

In an earlier statement, Lufthansa group conveyed the request from family and friends of the victims for media to show restraint. They asked Lufthansa and Germanwings to shield them “from any questions coming from the media”, said the statement.

“It is their wish to not be disturbed and to remember the deceased in privacy,” it said