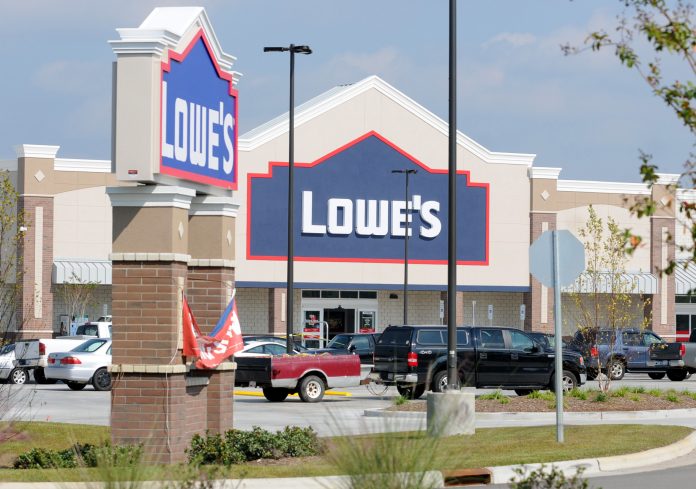 By Ross Marowits, THE CANADIAN PRESS

Toronto: The Lowe’s home improvement chain has become the latest big-box retailer to expand its presence in Canada by buying up leases of former Target store locations across the country.

Lowe’s announced Monday that it is building its presence in Ontario and six Western Canadian cities after reaching a deal to buy 13 Target Canada leases and a distribution centre west of Toronto for about $151 million.

Almost half of the locations are in Ontario _ Thunder Bay, Milton, North York, Ottawa, Toronto and Burlington, says a court filing on Target’s windup.

The chain is also adding four stores in Victoria, Nanaimo, Prince George and Abbotsford, B.C., along with two locations in Calgary and store in Regina.

Lowe’s Canada says about 2,000 jobs will be created at the stores and the distribution centre in Milton. However, it declined to provide details.

“These additional locations will accelerate our expansion across the country, enhancing our presence in Western Canada and strengthening our base in Ontario,” Lowe’s Canada president Sylvain Prud’homme said.

RioCan Real Estate Investment Trust (TSX:REI.UN) is owner of eight properties, while the rest are spread among four different owners.

The court filing says Target Canada will receive $26.5 million, which its financial adviser said is likely more than it would have received had the locations been sold individually at auction.

“In the circumstances, an en bloc transaction is expected to maximize the collective value of these assets,” said the court document.

Under terms of the agreement, Lowe’s has to convince other retailers to waive their rights to prohibit or restrict Lowe’s operations at the various locations. Otherwise, such locations will be removed from the deal and the overall value lowered.

Lowe’s originally submitted a bid last month for 17 locations, but the list was whittled down after Target’s financial adviser determined it could attract higher proceeds by eliminating four unidentified stores.

The agreement is subject to Ontario court approval and is expected to close by June 30.

Canadian Tire has announced it will acquire 12 leases for $17.7 million. Wal-Mart will spend $165 million to acquire 13 stores and a distribution centre, while spending an additional $185 million on renovations.

Minneapolis-based Target Corp. announced in January that it would pull out of Canada, barely two years after entering the market to much fanfare, saying it didn’t expect the operation could be profitable for several years.

Since arriving in Canada in late 2007, Lowe’s has opened 38 stores in Ontario, Alberta, Saskatchewan and British Columbia, with more than 6,000 employees.