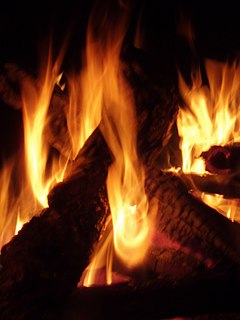 History tells us that as humans stepped into era of agriculture, the human race started relying heavily on two cycles – the crop cycle and the Sun cycle to run the wheels of existence. Instead of a lifestyle more centered on hunting and nomadic traditions, we were now living in societies to sustain farming. Due to its nature, agriculture required humans to keep track of seasonal weather, and consequently, the movements of the sun. From patterns that these cycles yielded and the much-needed cooperation for an agricultural civilization, created were many seasonal festivals – some religious and mythological in origin while others more centered on community and lifestyle. Societies needed a common thread to improve cooperation amongst them and from there came the concept of culture.

Knitted with the yarn of culture and agriculture, Lohri is one such festival. It is celebrated on the 13th day of January mostly in north Indian states like Haryana, Himachal Pradesh, Punjab and Rajasthan. Other parts of India also celebrate occasions like Bihu and Pongal around the same time. Also known as a bonfire or harvest festival, Lohri is traditionally celebrated with cultural flare as it travels through the states adopting regional variations. It is a day of community gathering to mark the end of winter season and welcome the longer days. Although Lohri does not appear to have any particular religious relevance, there is a legend around its celebration.

It is said that Lohri is celebrated to honor “Dullah Bhatti” a modern day Robin Hood who used to rob the rich to help the needy. He is also known for rescuing Hindu girls who were forcibly being taken to be sold off as slaves. He would then help them get married to better suitors. A folk song about him is sung during the celebration.

Lohri also coincides with the end of winter solstice, signaling that the days are to become longer going forward. Longer days are more conducive for better yield and hence prosperity, holding quite a meaning for the farming communities. In northern India, kharif crops such as sugarcane, rice, maize, peanuts, and millet get harvested and rabi crops such as wheat and garbanzo beans are planted around late autumn and early winter respectively. Mustard greens, spinach, peas, daikon, radishes, carrots are also ready to be enjoyed in winter. So Lohri gives farmers and their families an opportunity to take a break during the very cold days of winters and enjoy the bounty of the harvest before it’s time to go back to the fields again. The next day, January 14th is called “Maghi” as it commences the month of Magh in Hindu calendar. January 14th is also called Makar Sakranti in Hindu calendar as it signifies the Sun entering the Makar zodiac as it returns to the northern Hemisphere- Uttarrayan. It also marks the beginning of the new financial year for some farming communities.

A few days prior to the Lohri celebration, children go from house to house to collect money and goodies for the day of the celebration. The day of Lohri starts with a bonfire that the family, friends and neighborhood gather around to be a part of. Sesame, jaggery, popcorn are offered to the fire as a symbol of respect and thankfulness as fire gives heat and light to conduct life. Families also announce plans for upcoming marriages, welcome newlyweds and newborns in the family. This is a centerpiece of Lohri celebration!

As plenty of harvest is available to be enjoyed, it is also reflected in the food preparations for the day. Makki-di-roti – corn flatbread, and saryaon da saag – tempered mustard greens, are a must try authentic Punjabi dishes. The dessert list is quite something too! Bhugga, which is milk reduced to perfection and mixed with sesame seeds, and gajjak, which is a peanut and jaggery brittle, are some of the sensory delights. And as any celebration is incomplete without dance and music, Ghidda and Bhangra, the traditional folk dances of Punjab along with the regional fare bring out the best of the cultural spirit on the occasion.

Bollywood movie “Veer Zaara” captures a beautiful take on Lohri in one of its sequences. The movie itself is worth the while to watch too. With the North Indian diaspora spread around the world, celebration of Lohri has taken on a nostalgic significance as well, providing a connection back to the roots. Harbhajan Maan lyrically captures this sentiment in a song in the movie “Asa nu maan vatnaa da”. It depicts celebrating relationships and life while arousing a profound Lohri celebration emotion in lyrics, “… saada pardesiaan da sarmaya yeh yaadan nein” (“memories are such prized possessions for immigrants”).

With the advent of city lifestyle, nuclear family structure, and societies moving away from the agricultural professions, it is only fair to say that many are unable to relate to the occasion. The flame of Lohri spirit seems to have dimmed a bit.

Festivals remind us to celebrate life and emphasize connection.

Occasions like Lohri provide us with the opportunity to reconnect and be part of something that we might have lost touch with. They also allow us to appreciate things that are not as obvious to us such as – where does our food come from or why a particular dish is enjoyed on a certain occasion. We also get to see people and interactions among different age groups letting us experience life more closely. Festivals remind us not only to rejoice but also to reflect maybe at a subtle level when we see how we honor our harvest and how different things and articles bind to bring together one unique event. Incorporating the seasonal harvest is an obvious reminder of the health benefits of the fresh produce.

In the communities that are metropolitan in nature, it is even more important to celebrate community festivals to share diversity and strengthen the social consciousness. Knowledge, heritage and stories are also passed down to the next generation intensifying our bonding further.

Let’s come together and build a better BC