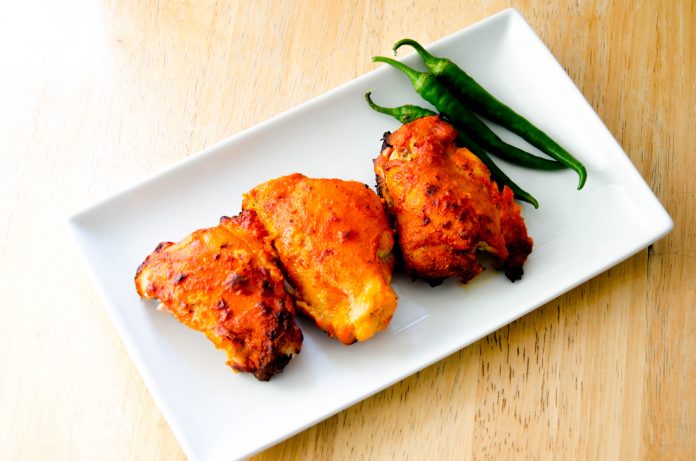 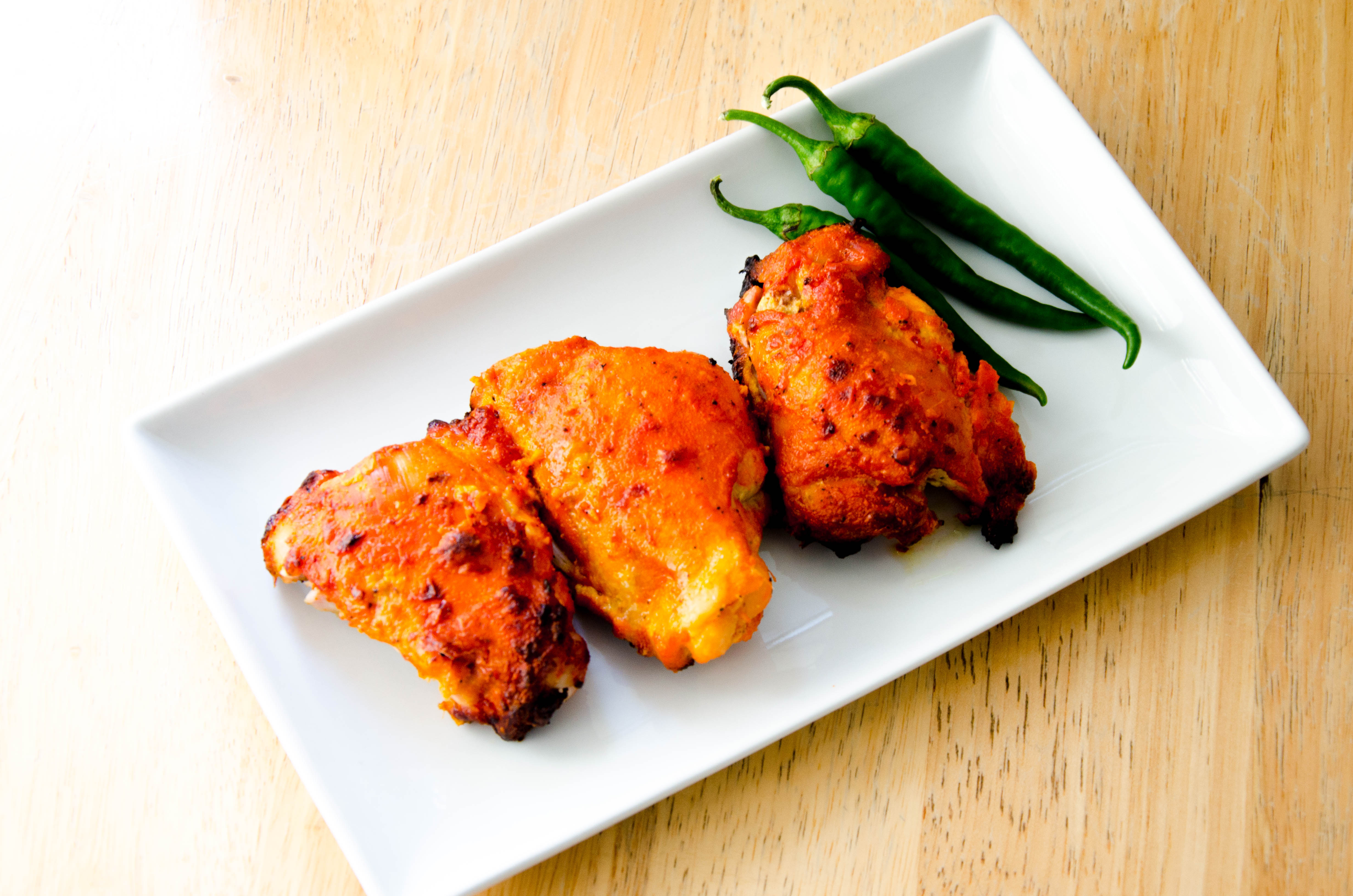 I was 10 when my eldest sister, Ronnie was engaged. Since I was so much younger in age, I was oblivious to what was happening around me. I had other priorities – my daily focus was about getting to the playground across the street.

At that time, happy occasions were often viewed and celebrated using old school values. Ceremonies, such as an engagement, were broken into many smaller productions. Since I was so much younger and had a frilly mint green dress that coordinated with the gifts to be presented, I was designated to attend — as a flower girl of sorts. The only unforgettable thing about that night was the red chicken. Later, I learned it was called Tandoori Chicken. All I know is that it was love at first bite. Since that first introduction, I’ve attended hundreds of Indian parties where tandoori chicken is served. More importantly, I’ve created my own tandoori chicken, fish, shrimp and even button mushrooms.

The thing to be careful about in this recipe is the marinating time. Let the chicken sit too long and the yogurt will turn its flesh from soft and supple to mushy. Don’t let it go for longer than 24 hours. Using a sharp knife, slash the chicken diagonally along the grain. The slashes should be about 1/2-inch deep and about 1/2-inch apart. This will help the marinade infuse into the chicken.

Couple of notes about the marinade ingredients. The chickpea flour is phenomenal. It’s my secret, in that it makes the marinade turn into this magical adhesive, without imparting flavour. Since, my mom mixes, roasts, and grinds her own garam masala I absent-mindedly use her delicious mixture. However, for those readers who don’t have an Indian mother, Garam masala can be purchased pre-mixed and readily from any supermarket.

Also, do not omit the asafetida; it has such a distinctive flavour (a cross between garlic and onion). It’s a must. Traditionally, tandoori chicken uses a lot of turmeric and ground chillies (love this type) to achieve that distinctive red orange colour, but due to Westernization food colouring is used often. That bright red sadly comes from Food Dyes like Red 40. Refrain from food dyes, instead, use saffron, a pureed beet, or paprika to get that tandoori red look.

After being exposed to the oven’s extreme heat, just like a tandoor, parts of the chicken develop delicious brown spots. Note: Don’t place the rack right below the grill, as it just chars the meat way too fast. I keep it in the middle, but still grill on high heat, which makes for even cooking and a bit of charring.

When it comes out of the oven, squeeze with fresh lemon juice, a grind of black pepper, and eat with as many green chilies as you can handle.

Oh, and yes you may eat it with a fork and knife, if you wish.

Saffron, pureed beet, or more paprika (use whatever colouring option you have on hand)

Clean and dry chicken pieces. Make incisions on the pieces with sharp knife. Place in a Ziploc freezer bag. In blender mix all remaining ingredients of the marinade. Marinate chicken at least 6 hours, up to 24 hours.

To cook, preheat the oven to 500°F. Line a baking sheet with foil and then parchment paper. Arrange chicken on parchment. Bake for 35 to 40 minutes. When cooked, sprinkle with more lemon juice and freshly ground black pepper.

2018: The year that social media will shine