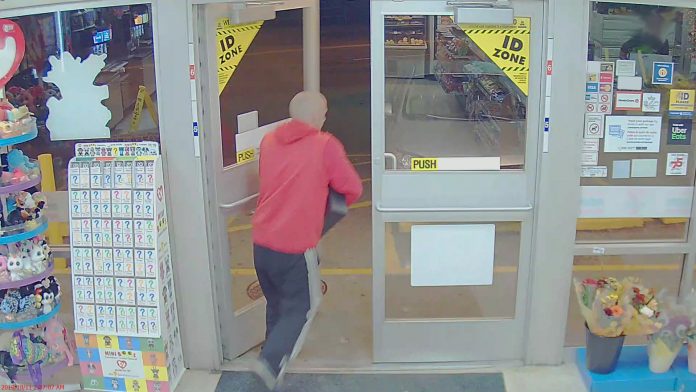 Coquitlam: A 32-year-old man of no fixed address is facing 13 charges thanks to the close cooperation of four different police detachments.

From September 22 to October 17 a series of more than a dozen similar robberies swept through fast-food outlets, convenience stores, and banks.

In Coquitlam, we had four files in rapid succession where the suspect went straight for the cash registers. We quickly realized our files were similar to crimes happening in Langley, said Corporal Michael McLaughlin with Coquitlam RCMP. We pooled our resources with Langley RCMP, Burnaby RCMP and New Westminster Police and by October 19 we had identified a suspect and made an arrest.

Derek John Muirhead is now in custody. On November 8, his charges were upgraded to include the following:

The investigation into Muirhead is not over and more charges are possible.

We’re looking for patterns all the time, says Corporal McLaughlin. And we’re constantly working with other local RCMP and municipal police departments to find those crime patterns. We’re all on the same team.