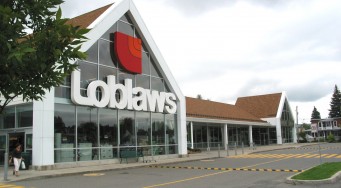 The Canadian Press
Toronto: A computer glitch forced Loblaw to temporarily close a number of its grocery stores in Canada on Thursday morning, the grocery and pharmacy chain said.

Company spokeswoman Catherine Thomas said the stores, most of which were in Atlantic Canada and Ontario, had issues completing sales as a result of the problem.

The error affected grocery stores that operate under the Loblaw (TSX:L) banner, which include Loblaws, No Frills and the Real Canadian Superstore, but did not involve its Shoppers Drug Mart outlets or PC Financial banks, Thomas said.

The issue was later fixed and all stores resumed operations, though checkout times may have been slower than normal, she said.

There are no privacy concerns as the glitch only impacted cash register functions, and Loblaw is investigating the matter, she added.

Diwali Gift from Air Canada to British Columbians – By Ray...

Then and now: Conservative talking points on the Duffy scandal