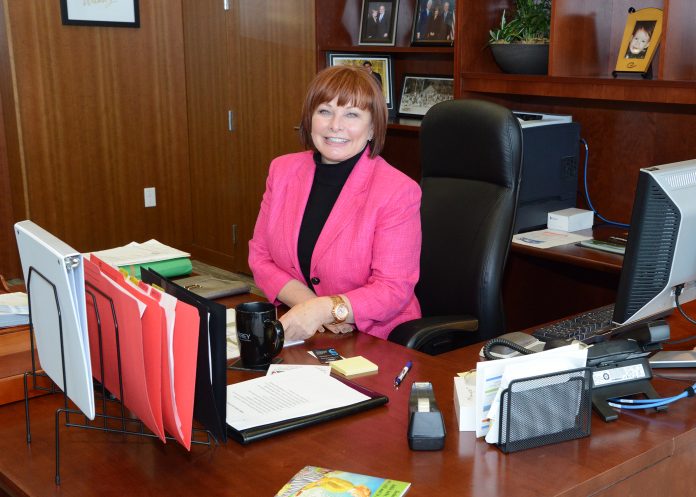 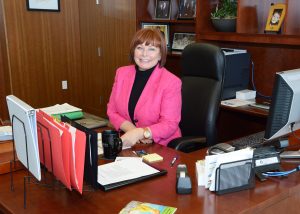 An Interview with Surrey Mayor Linda Hepner  – by Ray Hudson

Ray: Transportation is perhaps the most critical piece in the development of BC’s second largest city, and at this point it looks as though it all hinges on a plebiscite concerning the funding to move TransLink forward through a regional sales surtax of .05%. How do you feel about the public reaction to this which seems to be drawing a very strong negative reaction to this, albeit early period in the Metro Vancouver mayors’ campaign to sell the plan?

Linda Hepner: The plan is actually the only way we are going to get ourselves out of congestion and get what Surrey needs relative to connectivity amongst our town centres and our communities.
My gut tells me that the “NO” response is focused on something that has little relevance to the real plan and is more focused on the angst people have around the governance model that exists for TransLink, no more nor less than the Mayors’ Council feels as well, and has made known to the Province. We have to underscore, in delivering message that this plan will provide the monies we need; that it will be singularly audited by an outside audit agency, every single year, to ensure that those monies are going to the projects and only those projects.
It’s frustrating when you hear things like ‘people aren’t paying their fare’ and someone suggests that amount would satisfy the needs, when it would satisfy the plan to the extent of a bus – maybe. It’s miniscule in the enormity of the needs. It’s not going to get us a new bridge.
Many of the things people are claiming as reasons for opposing the vote are arising out of petty issues. People have to understand that this is much more significant than that. I think that’s going to take some real on-the-ground running from me. It’s going to be another campaign, and it’s so critical that we get to yes.

Ray: On the commitment to provide light rail in Surrey?
Linda Hepner: We (the Mayors) provided the Province with the Regional Growth Strategy that they asked for. We have provided it as a region, and I cannot get fundamentally anywhere near where the expectation is for Surrey without connectivity and better transportation. We can’t ask our people to continue to grow at the rate we’re growing and not get any share of rapid transit for twenty-some years. Can you imagine what this region will look like with a million more people? We have only seven percent of the rapid transit, and we’re the second biggest city.

Ray: How does Town Centre development factor in this?

Linda Hepner: That’s why transportation development is so fundamental. We must connect the Surrey Town Centres, first, with the line over to Guildford as first part of the “L” line, and then the second leg down the King George to Newton, where it can connect with a Fast Bus to Cloverdale or South Surrey. Now you’ve connected much of the city with the construction of ten kilometres of rail. That is the aim, that connectivity is important to our growth.

Ray: So what is the message th 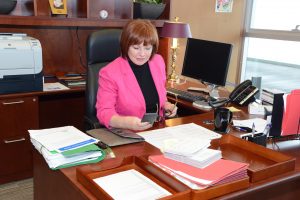 at will sell the idea?

Linda Hepner: I think people are tired of congestion. That will be part of it. They will understand that we have to move the public without more and more vehicles. I think they will “get” that it means economic prosperity and it means jobs. Look at the example in Burnaby with Metrotown.
Think about the opportunity for access for moms with strollers, for people in wheel chairs, for seniors, for all of us, to get on a train and get off at any place we like along the way, and the economic opportunity that ability is going to bring to us. I’m so excited about that because I think that is so achievable with a “yes” vote.
Ray: You had a lot to do with the development of Innovation Boulevard, and now that you are the Mayor, what will it look like in four years?

Linda Hepner: I think the hardest thing about Innovation Boulevard from my perspective, is having the public understand how significant it is. They have heard the name but really don’t understand that we are the ‘airport’ of innovation and that all of these runways of opportunity exist because of the portal we have established.
If you are an innovator, you can access some space here. Through that space you get direct access to a hospital, to a surgeon, (for example) if you’re developing a special tool in an operating room setting. The interaction and product development here, can get that out to market that much quicker. It’s such a big complex bundle that getting people to understand it is a difficult message to deliver. But critical in developing the growth and economy of Surrey.
We have been able, in a very short period, to establish international support for Innovation Boulevard and acknowledgement of what we’re doing here as being very progressive. I think that when you understand that we’ve been collecting data, and what we can do with this “Big Data” aspect, is going to be a game changer for Surrey.
Now, we’ve got a whole lot more within the existing innovation centre that has space for new businesses, but we can do an off-shoot of that as well much like Silicon Valley has done for various sectors, using the Innovation Boulevard brand that we created to advance other sectors.
Clean technology is where we’ll put some significant focus this year. We have some clean energy businesses, but nobody is looking at land, air and water, around those clean businesses. Along with that sector, I think we can advance innovation in agriculture and food security from projects that Surrey’s Economic Development is working on right now. It’s all very exciting and we’ll be able to announce it fairly soon.
We signed a memorandum of understanding with the BC Centre of Excellence for Agriculture, Kwantlen Polytechnic University and BCIT and SMK doing some research already. So we know there’s some research being done on that, and I think what better place than Surrey as an Agriculture Community.
In addition, we want to look at advanced manufacturing. All of that translates into being progressive as a city, which will attract jobs for all of the young people who grow up here and look for jobs here.

Ray: A couple of things that are missing in Surrey, that most “Big Cities” have is a substantial arena and a major convention centre. Do you have anything in the works to address those deficits?

Linda Hepner: Let’s talk about arenas first, because I did hear a lot on the campaign trail about ice in Surrey and a significant arena. We have gone to the public a couple of times, with requests for proposals for arenas and so far nothing has come that works economically.
Recently, however, we sent out an ‘expression of interest’ on what could be done around arenas, which could take place on the Cloverdale Fairgrounds or somewhere else in the city. We know that the North Surrey Arena just outside my office is sitting on really significant city development land. So that arena should be somewhere else in this area. I have got two or three investors that I’m talking to, so I’m optimistic that something will come of that.
The Convention Centre, is tougher, because we really don’t have the cluster of hotel room space need. The Marriott Hotel at City Centre will help, but we need the ability to host significant conventions in order to get a convention centre. I’d say we’re closer to a Conference Centre at this time, and I believe light rail will bring us those opportunities. I can’t think of a better opportunity for the 104th Avenue Building when light rail connects City Centre to Guildford. It’s got lots of underground parking and everything we need is right there. It seems to me to be a perfect opportunity for that building.
Although I’m just getting started, when I think about my legacy, I want it to be that we have become a city connected, and I think that transportation is what will connect us. What falls from that is economic development and jobs.

In the next edition, we will hear from the Mayor on the issues of Mental Health in the city and developing Surrey to better meet the needs of a growing Seniors population.