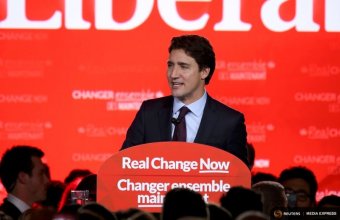 OTTAWA: The Liberal government says it won’t fight to preserve Conservative government rule changes that made it impossible for some rejected refugee claimants to pursue appeals.

A Federal Court ruled in July that it was unconstitutional for the Conservatives to strip the right of appeal for refugee applicants from a list of countries the government deemed to be “safe.”

The former Harper government began a legal appeal of that judgment, but lost power in the October election that vaulted Justin Trudeau’s Liberals to power.

The lingering legal battle was just one of many left over from the Conservative era, when the courts repeatedly found Conservative laws to be in breach of the charter.

Diane Laursen, a spokeswomen for Immigration Minister John McCallum, says the government has withdrawn the legal appeal in the refugee case, which was brought by the Canadian Association of Refugee Lawyers on behalf of rejected refugees from Croatia, Hungary and Romania.

The Conservatives brought in a list of Designated Countries of Origin to weed out refugee claimants _ countries that were deemed to have proper courts, human rights and rule of law and were thus less likely to produce genuine refugees.

The Liberals have said they will amend the rules.

“Our government has promised to provide citizens of Designated Countries of Origin a right to appeal refugee decisions,” Laursen said Monday in an email.

“Withdrawing this (constitutional) appeal is another important step towards fulfilling the government’s commitments and reviewing our litigation strategy.”

The Canadian Association of Refugee Lawyers had announced the government’s decision to drop the legal case on social media earlier in the day, but did not respond to a request for comment.

Federal Court Justice Keith Boswell ruled last July that the “safe” country policy was discriminatory, because it denied an appeal process to refugee claimants from the designated countries that was available to all other refugee applicants.

“Moreover, it perpetuates a stereotype that refugee claimants from DCO countries are somehow queue-jumpers or ‘bogus’ claimants who only come here to take advantage of Canada’s refugee system and its generosity.”

Ikea recalls its Patrull nightlights because of shock risk; 442,000 sold...