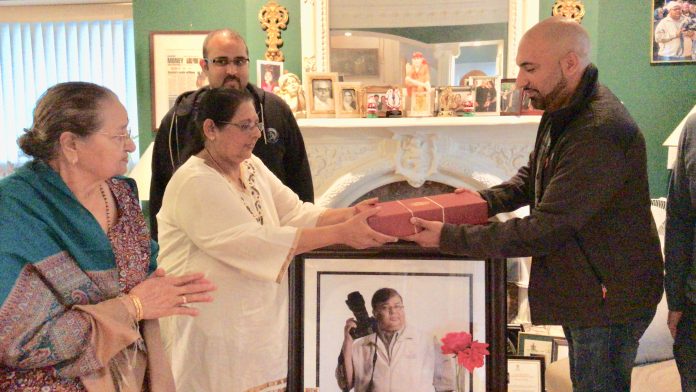 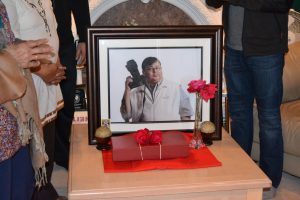 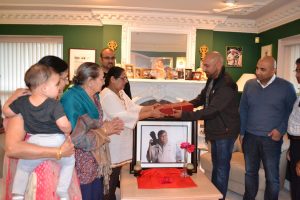 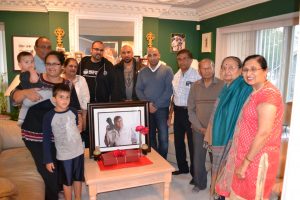 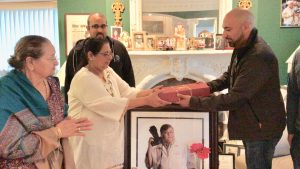 On May 24, 2017 the Canadian flag gracefully flew over the Peace tower at Parliament Hill in Ottawa, Canada and like every weekday morning the flag master had changed the Peace Tower flag. Also on that same day Chandra Bodalia peacefully took his last breath after a courageous battle with throat cancer. That flag that flew on that beautiful day was collected, saved and safely secured for the Bodalia family. To say that this is less than an honour is an understatement. It was presented to his wife Nirmilla Bodalia and his family on October 5th, 2017.

Through joy, tears, laughter, very few words and humbled hearts we accepted this beautifully folded flag; wrapped in gold tissue, gently placed in a perfect red box. My dad was a humble, soft-spoken man who came to this country with very little. He had dreams for his parents and for his children. He never asked for much and always tried to do good and be a service to other’s. He has left a legacy in his children Mona and Vimal as well as grandchildren Thomas and Isaiah. A legacy that will continue to fulfill a promise of a better life in Canada.
Canada became his only home, in which he cherished and respected with all that he was. As he captured many hearts, Canada captured his heart. I pray his heart is now at peace. The flag represents sacrifice, hard work and if you work hard enough dreams are possible.