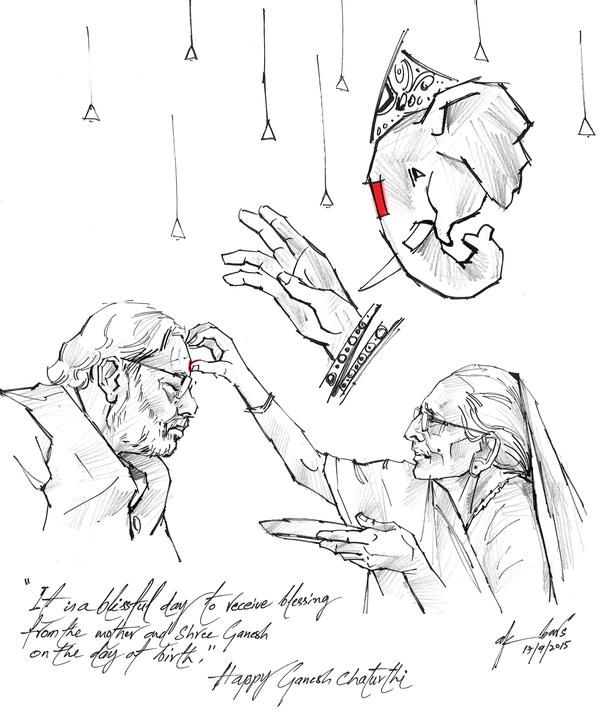 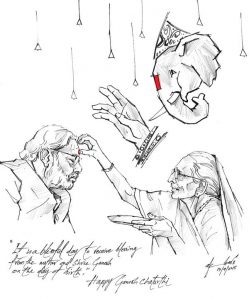 In his message, President Mukherjee, extending his “warm greetings and good wishes”, said: “This special day comes as you complete more than 15 months as the prime minister of our great nation. The last year has been an important period filled with significant achievements for you personally and our country.”

Noting Modi’s “hard work, dynamism and out-of-the-box thinking has received wide appreciation in the country and abroad”, he complimented him on his “accomplishments” and wished him the very best for the coming years.

Modi was quick to respond, tweeting back his thanks for the “best wishes”.

“Dear Rashtrapati ji, deeply humbled by your good wishes. Thank you very much. One learns so much from your wisdom & insight @RashtrapatiBhvn,” he tweeted.

Rahul Gandhi too extended his wishes.

Modi had wished Gandhi on his 45th birthday, and the Congress leader had thanked him for the greetings.

The prime minister also received greetings from people on the social networking site, with people tweeted with the hashtag #HappyBdayPM, which was trending at the top in India.

“Greetings to Prime Minister Sh Narendra Modi ji on his birthday. My prayers for his health and long life,” Kejriwal tweeted.

“On behalf of whole of Gujarat and myself, I extend warm birthday greetings to our Prime Minister,” tweeted Gujarat Chief Minister Anandiben Patel.

On Modi’s birthday, the celebrations were carried by party leaders too.

East Delhi MP Maheish Girri extended support to the PM’s cause of ‘Swachh Bharat’ with the recommencement of his drive to clean east Delhi.

Rajya Sabha MP Vijay Goel organized “Vikas ki Daud” from the BJP headquarters on Ashoka Road to the India Gate, with participation of over 100 NGOs and over 10,000 youth carrying placards of various schemes launched by Modi.

More women living healthier in mind, not in body

What’s Shaking on the Quiet Coast?