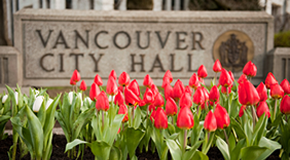 VANCOUVER: The founder of a memorial to Vancouver’s murdered and missing women is taking the city to court, alleging defamation and breach of contract.

The court document claims the city breached its contract by eliminating the project and refusing to return the memorial stones.

Conceived by Kirkham, the project was to see 62 plaques installed at the last-known locations of the missing or murdered women.

Only four plaques were ever installed and three were taken away earlier this year over what a city spokesman called a lack of consensus among the women’s families.

The three removed plaques commemorated the lives of Georgina Papin, Marnie Frey and Brenda Wolfe, all women murdered by serial killer Robert Pickton. A plaque honouring Cara Ellis has not yet been removed.

Kirkham has cited quotes in an October 2013 news story, in which he alleged Jang said the city was looking at taking over the project, and it couldn’t “rely on (Kirkham) anymore.”

“Kirkham and the Living Memorial Stones project has been brought into public scandal and contempt, suffered, and will continue to suffer, grave damage to his character and reputation,” the statement said.

“Kirkham has suffered distress and embarrassment as a result of the City of Vancouver’s (Coun. Kerry Jang’s) statements.”

Kirkham also alleged the “censorship” of the project is a charter violation.

None of the allegations have been tested in court, and the city was unavailable for comment.

Jang said in an email he was unaware of the lawsuit and declined to comment because it’s a legal matter.

In additional to the general, special, aggravated and punitive damages, Kirkham is seeking injunctions restraining the defendants from publishing any defamatory comments.

He is also seeking courts costs and wants an apology.

Better times still ahead even after Canada drops nearly 20,000 jobs:...

Egypt enforces travel ban to Libya, after IS killings