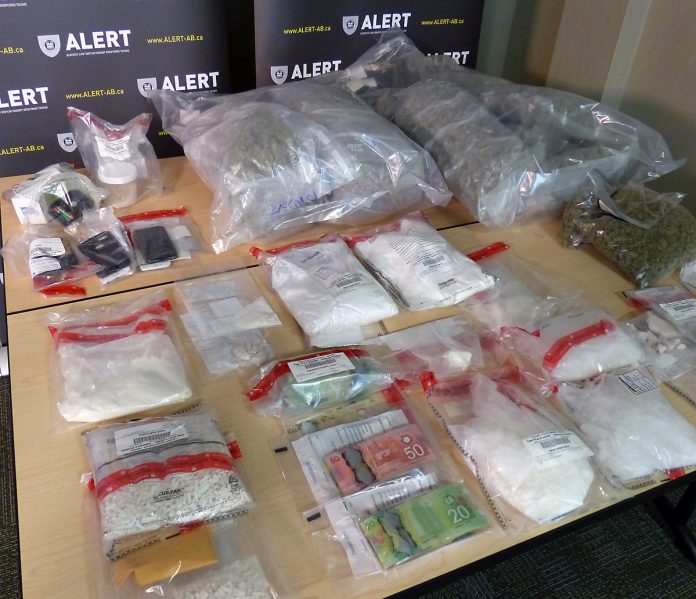 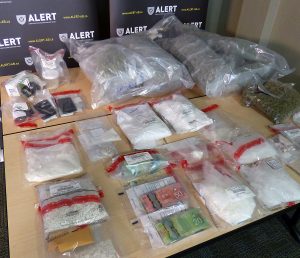 One of ALERT’s largest-ever fentanyl seizures came as part of $700,000 drug bust in Calgary last week. Large amounts of heroin, cocaine, and methamphetamine were also seized.

ALERT’s Calgary organized crime and gang team seized 3,139 fentanyl pills, which ranks as ALERT’s third-largest seizure of its kind. The drug seizure came after three Calgary homes were searched on August 8, 2017, with the help of Calgary Police Service.

The most recent ALERT seizure came following a short-term investigation into a suspected drug trafficking group based in Calgary. Homes in the Saddle Ridge, Radisson Heights and Douglasdale neighbourhoods were searched. The Douglasdale home was also allegedly operating as a cocaine conversion lab.

The totality of the drugs seized from the three search locations includes:

Three people were arrested and are facing a total of 26 criminal charges. Each of the men was charged with cocaine production, possession of proceeds of crime, and multiple counts of possession for the purpose of trafficking:

Members of the public who suspect drug or gang activity in their community can call local police, or contact Crime Stoppers at 1-800-222-TIPS (8477). Crime Stoppers is always anonymous.