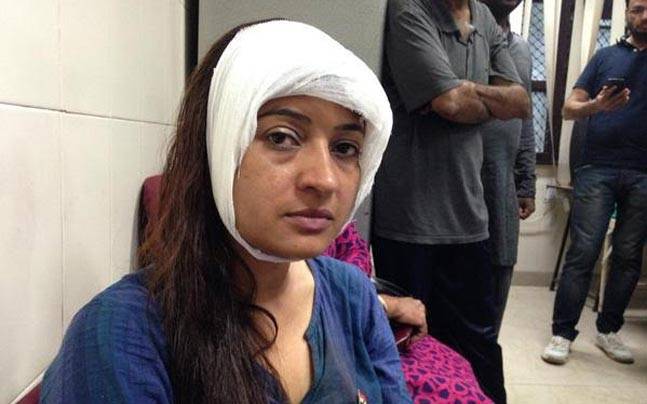 Sources said that the DCW took the step hours after the Chandni Chowk legislator reached its office following the panel asking her to come and present her side of the story.

Lamba suffered head injury after a 19-year-old boy, working at a sweet shop, hurled a stone at her during her anti-drug drives at Kashmere Gate on August 9. The assailant was later arrested.

Later, police, on the basis of seven separate complaints by some shopkeepers, also booked Lamba for vandalising some shops in the area.

“We asked Lamba earlier in the day today (Thursday) to submit all the audio and video proofs of the incident happened with her on August 9,” a DCW source said.

According to the source, the DCW again asked Lamba to appear before it on August 17.

While coming out from DCW office, Lamba blamed the commission for reacting over her matter so late and not issuing the summons to police and Bharatiya Janata Party legislator O.P. Sharma, who had used disgraceful language against her.

“I made a complaint to DCW on August 10. Even after three days of my complaint, the commission did not take any action. It neither issued summons to police nor to O.P. Sharma while I as a victim was told to come and submit evidences of the incident,” she told media persons.

“Barkha Singh took action immediately over any complaint. She used to take action in the evening over the complaint made in the morning,” she said.