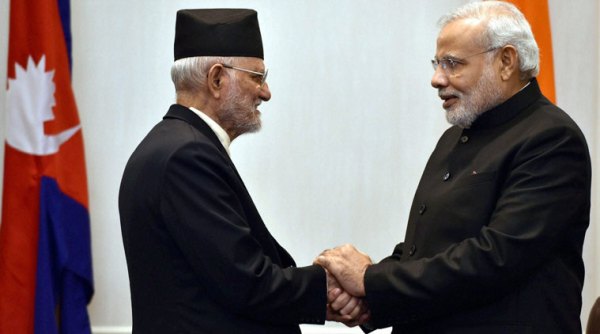 Kathmandu, April 28 (IANS) Nepal’s Prime Minister Sushil Koirala was in Thailand when the 7.9-magnitude earthquake rocked his country, and came to know about the temblor though the tweets of his Indian counterpart Narendra Modi.

Koirala went to Bangkok from Indonesia after participating in an international conference. He was to return to Kathmandu after a stopover for medical treatment in a hospital in Bangkok.

As soon as he landed at the Bangkok airport, Koirala saw Modi’s tweets on the quake, Nepal’s Minister for Foreign Affairs Mahendra Bahadur Pandey said on Tuesday.

“Then we started seeking details,” he said.

“We called Nepal and got updates regularly. I was also informed about the quake after going through Modi’s Twitter account,” he said.

Pandey thanked Modi for all help from India.

“We really appreciate what Modi is doing for us. The kindness and affection he is showing to us is amazing,” he said.

“We will not forget what Modi-ji is doing for us,” he said. “We do not have any words to thank the Indian PM.”

The Indian prime minister had also called Koirala in Thailand, offered his condolences over the loss of lives in the earthquake and offered all help to overcome the crisis.

India was the first country to send aid and relief materials in Nepal. Personnel of the Indian Army and other rescue teams are in the Himalayan nation at present busy in search, rescue and rehabilitation efforts.