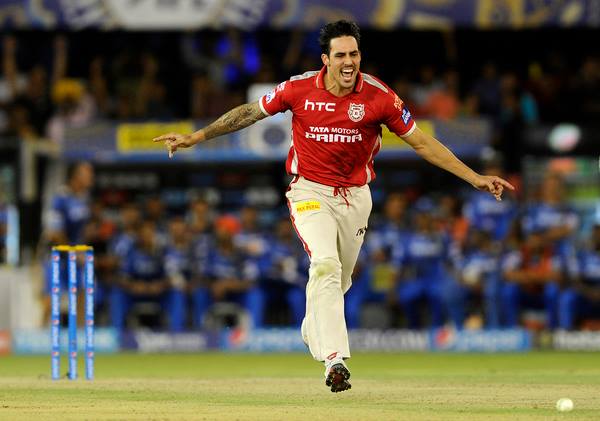 Ahmedabad, April 22 (IANS) Kings XI Punjab came from behind to beat table-toppers Rajasthan Royals via the Super Over and end their five-match unbeaten streak in the Indian Premier League (IPL) at the Sardar Patel Stadium here on Tuesday.

With the scores tied at 191 at the end of regulation period, the match went into the Super Over where Kings XI scored 15/1.

In reply, the Royals lost both their available wickets to end at 6/2 in 0.3 overs and lose their first match in six games in the 2015 edition of the Twenty20 tournament.

Earlier in the evening, Kings XI opted to field but things did not go according to plan as Ajinkya Rahane (74) and skipper Shane Watson (45) put up a brilliant 95-run opening-wicket partnership for the Royals.

The partnership set up the platform for the home team to put up a big total on the board, which they did eventually. Though Watson perished in the 12th over, five short of a half-century, right-handed Rahane top-scored, hitting two sixes and six boundaries in his 54-ball innings.

The Royals lost quite a few wickets towards the end but a couple of cameos from Karun Nair (25), Deepak Hooda (19), and all-rounder Stuart Binny (12 not out) took the home team past the 190-run mark.

It was not the best of days for the Kings XI bowlers with all of them going for more than six runs per over. Though pacer Sandeep Sharma was economical with figures of 4-0-25-1, it was spinner Axar Patel who picked up 2/30 from his four overs.

In reply, Kings XI did not start well as they lost captain Virender Sehwag (1) cheaply in only the second over.

Though opener Murali Vijay (21) played his part for the team, the real contributions in the chase came from big-hitters Shaun Marsh (65) of Australia and David Miller (54) of South Africa.

By the time Miller, who smashed five huge sixes and one boundary, got out, the visitors were well within touching distance of the target.

In the end, Kings XI needed 14 off the last over, being bowled by James Faulkner. Axar Patel (12 not out) and Mitchell Johnson (13 not out) did enough to push the match into the Super Over.