Foreign Affairs Minister Francois-Philippe Champagne says the safety of Canadians in the Middle East is the government’s “paramount concern” after an American airstrike killed a top Iranian general.

Gen. Qassem Soleimani was the head of Iran’s elite Quds Force, and was killed last night in Baghdad, Iraq. U.S. President Donald Trump accused Soleimani of “plotting to kill” many Americans, and the death has prompted a vow of “harsh retaliation” by Iran’s supreme leader.

“Canada is in contact with our international partners. The safety and well-being of Canadians in Iraq and the region, including our troops and diplomats, is our paramount concern,” he said in a statement.

“We call on all sides to exercise restraint and pursue de-escalation.”

There are 850 Canadian Forces members deployed throughout Iraq, in efforts to fight the Islamic State in Iraq and the Levant and to train Iraqi forces.

A spokesman for Champagne didn’t answer a question from The Canadian Press about whether Canada had been consulted on the strike, or when Canada was informed.

According to a series of releases from the U.S. State Department, Secretary of State Mike Pompeo worked phones Friday morning, talking to his counterparts in allied governments and other world powers such as China, but neither Canada nor the United States indicated any top-level communication between them had happened by mid-day.

A former foreign-policy adviser to the Canadian government says the government is right to be concerned.

Retaliation from the general’s supporters is likely after the three-day mourning period ordered by Iran’s supreme leader, who considered Soleimani a son, said Shuvaloy Majumdar, a senior fellow with the Macdonald-Laurier institute.

“We can expect … there will be a wide range of asymmetric attacks against principally American assets but also quite possibly Western ones,” Majumdar said.

“So I think that as we enter this new chapter, this is going to be a very significant question for how Canadians and the Canadian government respond to the security of our soldiers but also the advancing of our interests.”

Majumdar advised the former Conservative government on foreign policy for years, including on the decision to list Soleimani’s organization, the Quds Force, as a terrorist entity.

He called the leader’s death “the most consequential strike that has happened against a terrorist leader since the beginning of the so-called war on terror.”

“He oversaw a state-backed, industrial-scale, mechanized terrorism outfit that since the late 1990s, since he led the Quds Force, has become the most sophisticated terrorism (organization) the world has ever known.”

The Quds Force is part of Iran’s Revolutionary Guards, reporting to the country’s leader Ayatollah Ali Hosseini Khamenei. The Quds Force trains and equips foreign militias, carries out bombings and assassinations, and otherwise uses unconventional methods to expand Iran’s military and diplomatic influence. “Quds” is the Arabic and Persian name for Jerusalem.

The United States designated the Quds Force a terrorist organization in 2007. Canada followed suit in 2012.

“Canada has long been concerned by the Islamic Revolutionary Guard Corps’ Quds Force, led by Qassem Soleimani, whose aggressive actions have had a destabilizing effect in the region and beyond,” Champagne’s statement on Friday said.

The same U.S. strike that killed Soleimani also killed a leader in an Iranian-backed militia in Iraq, a sometime Iraqi politician and U.S.-designated terrorist known as Abu Mahdi al-Muhandis.

“The U.S.’s actions in Iran have brought us closer to another disastrous war in the Middle East,” he said in a statement on Twitter.

“The prime minister needs to act quickly with other countries to de-escalate the situation and not be drawn into the path that President Trump is taking.”

In each of his calls to representatives of other countries, Pompeo said the U.S. is committed to de-escalating tensions in the Middle East that have soared since an Iranian-backed militia killed an American contractor and the U.S. responded with strikes against it.

That set off violent pro-Iran protests outside the U.S. Embassy in Baghdad. 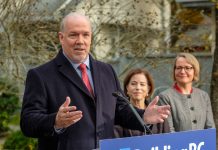 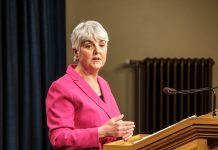 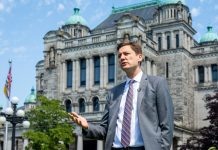