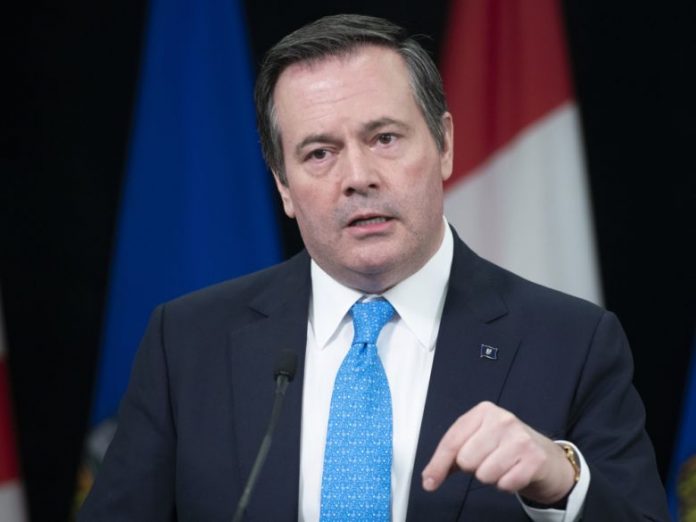 Edmonton: Alberta’s Opposition says having the province quit the Canada Pension Plan is a massive money-losing proposition and that Premier Jason Kenney is pursuing it out of spite against his nemesis, Prime Minister Justin Trudeau.
Kenney, however, says the proposal put forward by his Fair Deal panel could save billions of dollars and, in question period Thursday, he accused the NDP of being afraid to be bold.
“We’re going to do an exhaustive study on the costs, benefits and structure of a potential Alberta Pension Plan because we believe Albertans are every bit as capable as Quebecers or the federal government in managing a public pension plan,’’ Kenney told the house.
NDP labour critic Christina Gray accused Kenney of hiding the price of creating such a pension fund. It could cost billions to administer, insure and underwrite, she said, while shutting Albertans out of the benefits of being part of the national plan.
Gray added that comparing returns on Canada Pension Plan investments with the province’s Alberta Investment Management Corporation could potentially see Alberta miss out on more than $13 billion in the first five years.
“Are you only doing this to get back at your former political opponents in Ottawa?’’ Gray asked Kenney.
Kenney squared off against Trudeau as a former member of Parliament. As Alberta’s United Conservative premier he has accused Trudeau’s Liberal government of pursuing regulatory policies aimed at hamstringing the province’s oil and gas industry.
Kenney’s comments come one day after he released recommendations from his Fair Deal panel, which he created last year to gauge the mood of Albertans and determine better ways the province could assert itself in Confederation.
One recommendation is to pursue an Alberta Pension Plan, similar to one run by Quebec. The panel, in its report, said Alberta’s comparatively young population means it has a higher contribution rate, which would be money that could be kept in the province if it went its own way.
“If Alberta withdrew from the CPP and created an Alberta Pension Plan, Alberta’s hypothetical contribution rate could be reduced from the present rate of 9.9 per cent to as low as 8.5 per cent,’’ said the report. “That represents an opportunity for Albertans to keep the approximately $3 billion annual subsidy to the rest of Canada.’’
Kenney said the government’s cost-benefit analysis will come back next year and, if the review shows an Alberta plan would be a net benefit, it will put the issue to Albertans in a referendum.
The report does not provide evidence to demonstrate a groundswell of support for a separate pension plan. In fact, it states that in its telephone poll of 1,000 Albertans, almost six in 10 want to stay with the CPP.
Kenney said his government has conducted independent polling “which has found pretty significant support for the possibility of an Alberta provincial pension plan.’’
Also Thursday, the NDP accused Kenney of fanning the flames of separatism by appointing United Conservative backbencher Drew Barnes to the Fair Deal Panel.
Barnes, in a public letter to Kenney this week, urged him to take a hard line with Ottawa on a range of shared issues to ensure fairness for the province.
“If this is not possible, the majority of my constituents in Cypress-Medicine Hat and from across our land have made clear that we must seek another relationship as a sovereign people,’’ wrote Barnes.
Kenney reiterated that he does not view separation as a solution but respects the right of legislature members to speak their minds and reflect the concerns of their constituents.
By Dean Bennett
The Canadian Press