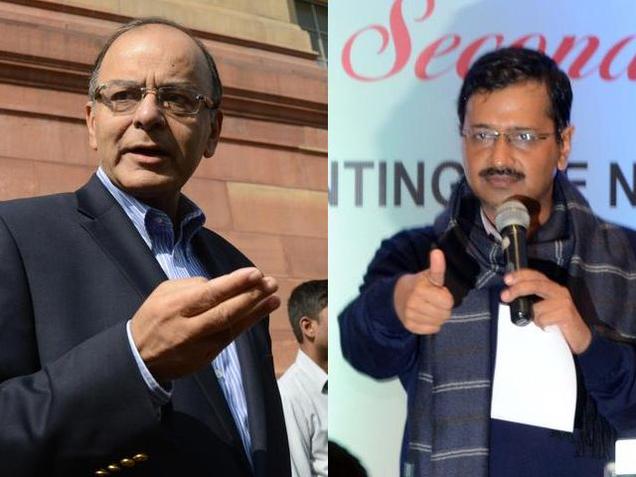 New Delhi, Dec 28 (IANS) Delhi Chief Minister Arvind Kejriwal on Monday said he will not apologise to union Finance Minister Arun Jaitley over the DDCA row though the BJP was “begging” for it. However, the BJP retorted that “staging drama” on petty issues was Kejriwal’s political agenda.

Kejriwal’s comment came a day after the Bharatiya Janata Party (BJP) sought an apology from the chief minister stating that Jaitley was not named in the report of the Delhi government-appointed committee which probed the alleged Delhi and District Cricket Association (DDCA) scam.

“No clean chit ever given by any Delhi government probe. That report confirmed several instances of wrong-doings but did not fix responsibility,” Kejriwal tweeted.

“It didn’t mention anyone’s name and recommended (an) enquiry commission to fix responsibility, which we have done now,” Kejriwal said in a succession of tweets.

“He should first talk about the auto permit scam which he did not reveal,” he added.

The Aam Aadmi Party (AAP) backed its chief, saying the central government “has no authority” to stop the commission of inquiry from probing the alleged DDCA scam.

AAP spokesperson Ashutosh, addressing a press conference, said: “The central government is working under somebody’s influence and is making a joke out of itself.

“It has no authority to prevent the commission of inquiry from forming and functioning.”

Ashutosh said it was known to everyone that the Delhi High Court had on September 22 refused to stay the previous commission of inquiry from probing the CNG fitness scam.

The AAP claimed that the union ministry of sports and youth affairs had asked the Delhi government to probe the alleged irregularities in the DDCA and by “scuttling” the probe, it will only “contradict its order”.

Earlier on Monday, former solicitor general Gopal Subramaniam agreed to chair the commission of inquiry to probe the alleged financial irregularities in the DDCA.

In a letter to Kejriwal, Subramaniam said: “I accept the decision of the cabinet to appoint a commission of inquiry which would be chaired by me. I assure you that I am keeping a completely open mind and starting my work with clean slate.”

Deputy Chief Minister Manish Sisodia said the commission of inquiry was yet to start the probe, but the BJP was trying to create a misconception in the minds of people that Jaitley has been given a clean chit.

On Monday, suspended BJP MP Kirti Azad said he had conducted a thorough investigation into the alleged DDCA scam and just wanted to expose the corrupt. Azad, however, refused to name Jaitley directly.

“Why are you taking the name of Arun Jaitley again and again? He is my leader and it’s his birthday today. I am only talking about corruption in the DDCA,” Azad, also a former India cricketer, told reporters.

“I would like to tell the CBI that I have already done all the investigation. There are efforts to stop the move to weed out corruption in sports.”